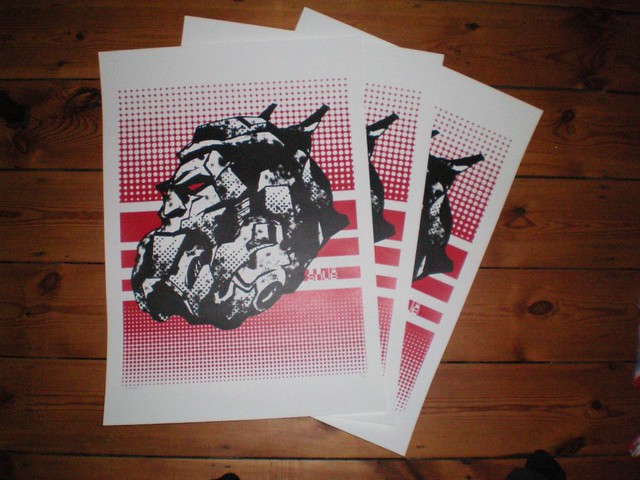 What does 23 Skidoo mean?

23 Skidoo are a British band playing a fusion of industrial, post-punk, alternative dance, rock, and world music. The group was named after an early 20th-century American slang phrase that later made appearances in the works of Aleister Crowley, William S. Burroughs, Robert Anton Wilson, and filmmaker Julian Biggs.

"23 Skidoo" is a musical album of The Parka Kings.

"23 Skidoo" is a 1964 short experimental black-and-white film by Julian Biggs, produced by the National Film Board of Canada. Its central images are "eerie" and "disturbing" scenes of downtown Montreal devoid of people.

23 skidoo is an American slang phrase popularized during the early 20th century, first attested before World War I and becoming popular during the 1920s. It generally refers to leaving quickly, being forced to leave quickly by someone else, or taking advantage of a propitious opportunity to leave, that is, "getting [out] while the getting's good." The exact origin of the phrase is uncertain.

Printed encyclopedias and other books with definitions for 23 Skidoo

Franglen and Deakin were childhood friends but did not form Lemon Jelly until 1997, after attending a 23 Skidoo concert. Before this, Franglen composed commercial music for adverts for clients such as Sony Playstation and Sega and ...

Online dictionaries and encyclopedias with entries for 23 Skidoo

Go to the thesaurus of 23 Skidoo to find many related words and phrases!