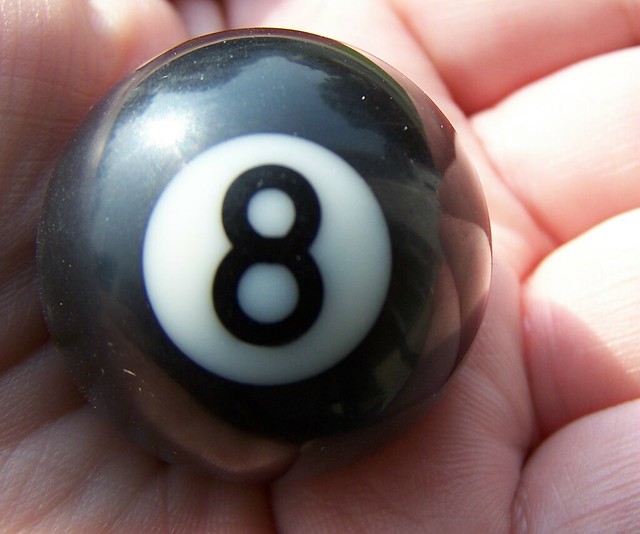 8-Ball is a tautogram (all words start with the same letter). View more tautograms!

There are other groups with in their name, like m.o.v.e feat. 8-ball.

"8-ball" a.k.a. "8-pallo" is a 2013 Finnish film directed by Aku Louhimies and based on a crime novel Elävien kirjoihin by Marko Kivi.

Printed encyclopedias and other books with definitions for 8-Ball

Online dictionaries and encyclopedias with entries for 8-Ball

How to Play 8-Ball : Billiards Terminology

Go to the usage examples of 8-Ball to see it in context!