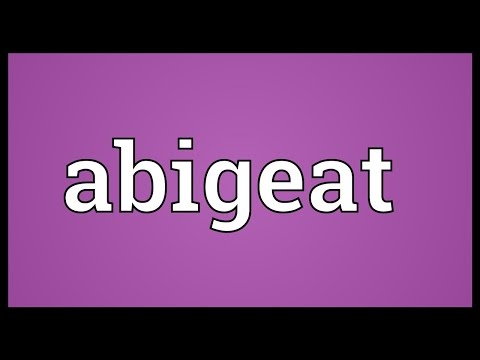 Definition of the noun Abigeat

What does Abigeat mean as a name of something?

Printed dictionaries and other books with definitions for Abigeat

A Law Dictionary, Adapted to the Constitution and Laws of the United States of America, and of the Several States of the American Union (1879)

ABIGEAT. Akindoflarceny.committed by leading or driving a living thing away with the intention of feloniously appropriating the same, as distinguished from the taking and carrying away property from one place to another. Souvisr. ABIGEI.

ABIGEAT, an old law term, denoting the crime of stealing cattle by droves or herds. This crime was severely punished; the delinquent being often condemned to the mines, banishment, and sometimes capitally. ABIHU, brother to Nadab, and ...

Abigeat. The crime of stealing cattle by driving them away in herds. Abigeator. A cattle stealer. Abigeatus. The offense of cattle stealing. Abigei. Persons who stole cattle. Abigere. In Civil and Scotch law, to drive away ; applied to cattle stealing.

Encyclopaedia of the Laws of England (1897)

Being a New Abridgment by the Most Eminent Legal Authorities by Sir Alexander Wood Renton, William Bowstead

Explaining the Terms of the Arts, Sciences, Literature, Professions, and Trades by W. M. Buchanan

A Dictionary of Arts and Sciences (1822)

ABIGEAT, abigealus, the crime of stealing or driving of cattle in droves, otherwise cal-led abactus. It was more severely punished than simple theft, viz. by condemnation to the mines, banishment, or even death. ABILITY, in a law sense, is the ...

ABIGEAT, an old law term, denoting the crime of stealing cattle by droves or herds. This crime was severely punished ; the delinquent being often condemned to the mines, banishment, and sometimes capitally. ABIHU, brother to Nadab, and ...

ABIGEAT, cic. law. A particular kind of larcen , which is committed not by taking an carrying away the property from one place to another, but by driving a living thing away with an intention of felonioust appropriating the same. Vide Taking.

Forming an Epitome of the Laws of England Under Statute and Case Law, and Containing Explanations of Technical Terms and Phrases, Ancient, Modern, and Commercial, with Selected Titles from the Civil, Scots, and Indian Law by John Jane Smith Wharton

Abigeat, the crime of stealing cattle by droves or herds. It was severely punished by the Roman law, the delinquent being often condemned to the mines, banishment, or death. See 4 Bl. Com. 239. Also a miscarriage produced by art.— —Ash's ...

Encyclopædia Britannica, or, A dictionary of arts and sciences, compiled upon a new plan (1771)

in which the different sciences and arts are digested into distinct treatises or systems, and the various technical terms, etc. are explained as they occur in the order of the alphabet by Encyclopaedia Britannica, inc

AB1GIES, a term in the Roman law, applied to one who lud been guilty of the crime Abigeat; which fee. ABILITY", a term in law, denoting a power of doing certain actions in the acquisition or transferring of property. ABINGDON, a town of ...

A New and Complete Dictionary of Arts and Sciences (1754)

Comprehending All the Branches of Useful Knowledge, with Accurate Descriptions as Well of the Various Machines, Instruments, Tools, Figures, and Schemes Necessary for Illustrating Them, as of the Classes, Kinds, Preparations, and Uses of Natural Productions, Whether Animals, Vegetables, Minerals, Fossils, Or Fluids; Together with the Kingdoms, Provinces, Cities, Towns, and Other Remarkable Places Throughout the World by Society of Arts (Great Britain). Society of Gentlemen, Thomas Jefferys

With an Exhaustive Collection of Legal Maxims by Walter A. Shumaker, George Foster Longsdorf

ABIGEAT. A particular kind of larceny, which is committed not by taking and carrying away the property from one place to another, but by ...

Online dictionaries and encyclopedias with entries for Abigeat

Video shows what abigeat means. Theft of cattle by driving it away with the intention of feloniously appropriating it.. abigeat synonyms: cattle-rustling. abigeat ...

Go to the wordplay of Abigeat for some fun with words!