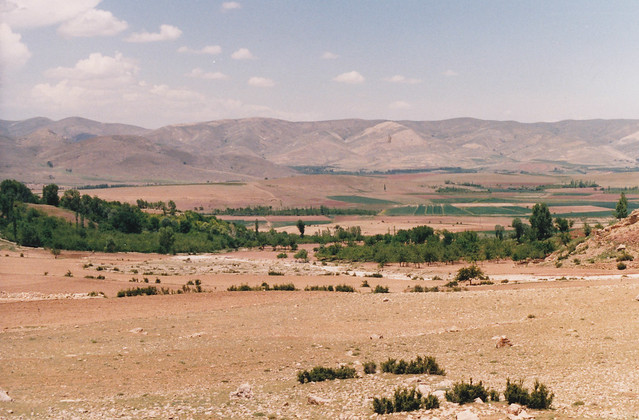 The word ALADAG can be typed using only the middle row of keys on a QWERTY keyboard.

Aladag a.k.a. Aladağ, Adana: Aladağ, formerly Karsantı, is a small city and a district in Adana Province, Turkey about 100 km north of the city of Adana, up in the mountains. This is an undeveloped area, the people live from agriculture and forestry. People from the Çukurova retreat up here in the summer to escape the heat on the plain, although it's too high up for a day trip.

Printed dictionaries and other books with definitions for Aladag

Bibliotheca Classica: Or, A Dictionary of All the Principal Names and Terms Relating to the Geography, Topography, History, Literature, and Mythology of Antiquity and of the Ancients (1853)

With a Chronological Table by John Lemprière

a mountain of the greater Armenia, probably Ararat, a part of the AlaDag. That part of the Euphrates, sometimes called the Arsanias, and into which the smaller river of that name empties, has its source in this mountain. Plin.

Online dictionaries and encyclopedias with entries for Aladag

See also the blanagrams of Aladag!

Go to the usage examples of Aladag to see it in context!