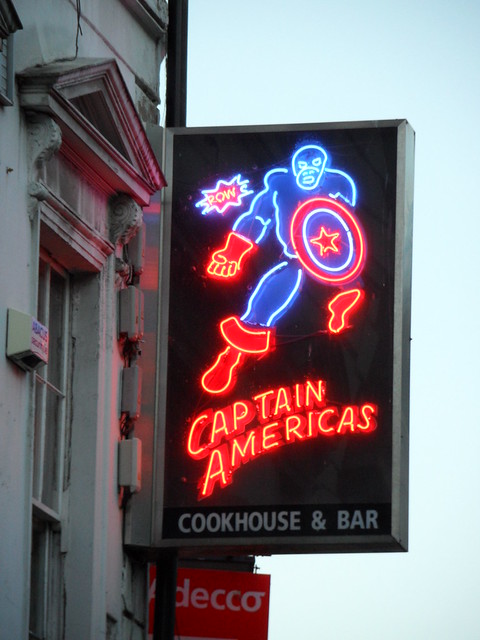 The Americas, or America, also known as the New World, are the combined continental landmasses of North America and South America, in the Western Hemisphere. Along with their associated islands, they cover 8.3% of the Earth's total surface area. The topography is dominated by the American Cordillera, a long chain of mountains that run the length of the west coast. The flatter eastern side of the Americas is dominated by large river basins, such as the Amazon, Mississippi, and La Plata. Since the Americas extend 14,000 km from north to south, the climate and ecology vary widely, from the arctic tundra of Northern Canada, Greenland, and Alaska, to the tropical rain forests in Central America and South America.

"Americas" is a book by Elizabeth Wilder Weismann.

Printed encyclopedias and other books with definitions for Americas

The general belief that Christopher Columbus was the first person to discover the Americas is a canard. The Chinese, Japanese and Norsemen (Northmen orVikings), especially Leif Ericksson, even built settlements in North America.

Aging, Health, and Longevity in the Mexican-Origin Population (2012)

The ongoing demographic transitions facing the United States, Mexico, and the Americas is an evolving cauldron of changes that encompass issues heretofore not addressed in studies of aging and diversity; namely immigration, bilateral ...

From Acacia to Zinnia by Christopher Cumo

But it is more common in Australia, Africa, South Asia, Southeast Asia, and the Americas. In the plant kingdom, Acacia is the largest genus of vascular plants. It belongs to the subfamily Mimosoideae of the pea family Fabaceae. Globally, there ...

Some 5,000 to 15,000 years later, other bands managed to cross the Bering Strait from Asia and entered the Americas. In these later, relatively more sophisticated hunting societies, the extermination of large game accelerated. CroMagnon ...

Online dictionaries and encyclopedias with entries for Americas