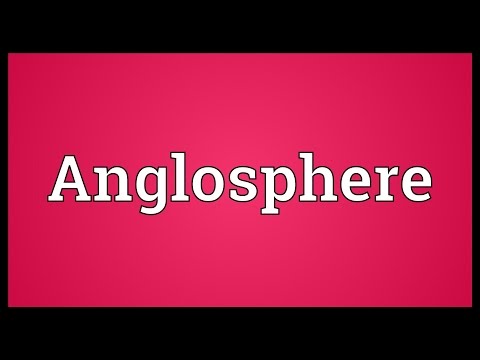 Definition of the noun Anglosphere

What does Anglosphere mean as a name of something?

The Anglosphere is a set of English-speaking nations with a similar cultural heritage, based upon populations originating from the nations of the British Isles, and which today maintain close political and military cooperation. While the nations included in different sources vary, the term anglosphere usually does not include all countries where English is an official language, although the nations that are commonly included were all once part of the British Empire. In its most restricted sense, the term covers the United Kingdom, Ireland, the United States, Canada, Australia and New Zealand, which post-British Empire maintain a close affinity of cultural, familial and political links with one another. Additionally, all these countries are militarily aligned under the following programs: UKUSA Agreement, Five Eyes, Combined Communications Electronics Board, The Technical Cooperation Program, Air and Space Interoperability Council, AUSCANNZUKUS, and ABCA Armies.

Printed dictionaries and other books with definitions for Anglosphere

ANGLOSPHERE. Anglosphere is a contemporary term used to describe the English-speaking nations dominated by the United States in the cultural, economic, and political ...

The Anglosphere is a product of its racial past, a past that the may not have receded.”, Srdjan Vucetic, The Anglosphere: A Genealogy of a Racialized Identity in International Relations (Stanford: Stanford University Press, 2011), 2–4.

Anglosphere is that it is not sufficiently or widely enough 62 A ustralian Security After 9/1 1.

Online dictionaries and encyclopedias with entries for Anglosphere

Video shows what Anglosphere means. The collection of anglophone countries.. Anglosphere Meaning. How to pronounce, definition audio dictionary. How to ...

See also the blanagrams of Anglosphere!

Go to the usage examples of Anglosphere to see it in context!