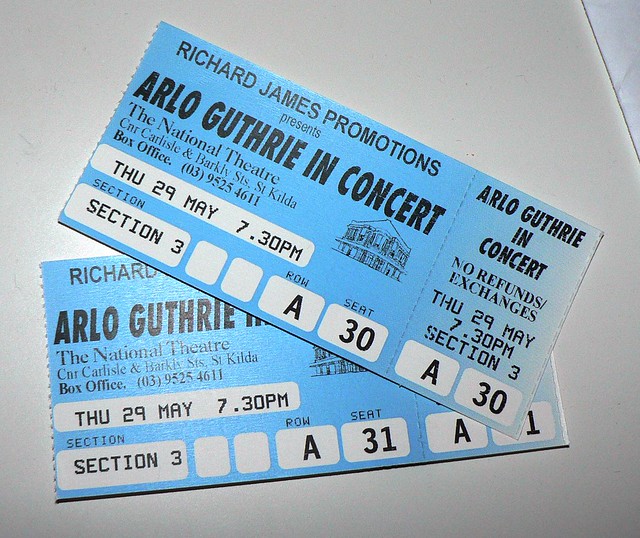 Who is Arlo Guthrie?

Arlo Guthrie: Arlo Davy Guthrie is an American folk singer. Like his father, Woody Guthrie, Arlo is known for singing songs of protest against social injustice. Guthrie's best-known work is "Alice's Restaurant Massacree", a satirical talking blues song about 18 minutes in length. His song "Massachusetts" was named the official folk song of the state in which he has lived most of his adult life.

Printed encyclopedias and other books with definitions for Arlo Guthrie

Mugshots and Arrest Records of the Famous and Infamous by Thomas J. Craughwell

Arlo Guthrie is a singer/songwriter and social.

1960 to the Present by Margaret DiCanio

During the late 1960s and early 1970s, Arlo Guthrie became the spokesperson for many young Americans who were alienated from the society they lived in. Arlo was the son of the late folksinger Woody Guthrie, who had been a spokesperson for migrant workers and those displaced by the harsh environmental conditions of ...

In 2008, Arlo Guthrie released Arlo Guthrie and the Dillards, which featured Doug and Rodney on covers of WOODY GUTHRIE tunes. The Dillards were elected to the IBMA ...

” Along with Bob Dylan, Arlo Guthrie represents a direct connection between the folk-rock counterculture of the 1960s and the 1930s progressive ...

Online dictionaries and encyclopedias with entries for Arlo Guthrie

We live in an increasingly sophisticated world that makes it difficult to make simple comments on stuff. There are too many people on both sides of the border who are taking advantage of circumstances and the situation. (Arlo Guthrie)
more quotes...