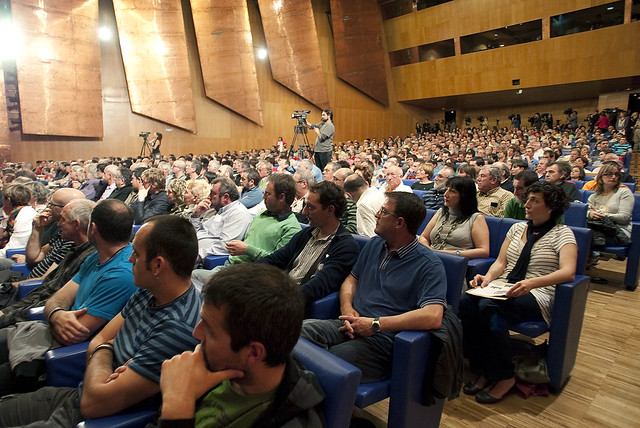 Arte is sometimes a misspelling of are, art or aunt.

Definition of the noun Arte

What does Arte mean as a name of something?

Arte is a genus of Geometridae, described by Stephens in 1829.

Arte is a Franco-German TV network. It describes itself as a European culture channel and aims to promote quality programming especially in areas of culture and the arts. Its facilities are located in Issy-les-Moulineaux near Paris and Strasbourg in France and Baden-Baden in Germany. Because it is an international joint venture, programs cater technically to audiences from both countries.

Arte is a fictional character from the 2009 film Lunopolis.

"Arte" is a book by Thomas Hoving.

ARTE a.k.a. The Arctic tern is a seabird of the tern family Sternidae. This bird has a circumpolar breeding distribution covering the Arctic and sub-Arctic regions of Europe, Asia, and North America. The species is strongly migratory, seeing two summers each year as it migrates along a convoluted route from its northern breeding grounds to the Antarctic coast. Recent studies have shown average annual roundtrip lengths of about 70,900 km for birds nesting in Iceland and Greenland and c. 90,000 km for birds nesting in the Netherlands. These are by far the longest migrations known in the animal kingdom. The Arctic tern flies as well as glides through the air, performing almost all of its tasks in the air. It nests once every one to three years; once it has finished nesting it takes to the sky for another long southern migration.

Printed dictionaries and other books with definitions for Arte

Forces For Change In the European Media by Anthony Weymouth, Bernard Lamizet

ARTE is an innovatory, experimental channel in three ways at least.

In summary, ARTE is a channel exclusively committed to the broadcasting of cultural ...

This Sight Unsuitable for Dragons

FOREWORD Commedia dell'arte is a form of theatre filled with accepted conventions; filled with well-established, familiar stock characters; and each character has a repertoire of well-known lazzi, or "acts" or "turns." It is, on the whole, played ...

The Routledge Companion to Jacques Lecoq (2016)

Commedia dell'arte is a play of urgency and survival: all passions and drives of the characters are pushed to an extreme in a...

The word Arte means Profession: it is what you do well with your hands, your skills from which you earn your living.

The Promises And Challenges Of Transnational And Transborder Journalism by K. Grieves

Arte is a cultural and information channel run by a FrenchGerman public service television partnership and airs programming in both languages to audiences on both sidesoftheborder.1AsEuropeans increasinglyseekcommon ground among ...

Secrets from the Casting Couch (2009)

The New Crimes Commedia dell'Arte is a highly physicalized form of theatre, accompanied by an insane, thumping rock and roll drumbeat. It seems unlikely that this style could be useful for film acting, which is grounded so fully in realism.

Italian commedia dell'arte is a form of improvisational theater still performed today, but popular from the sixteenth through eighteenth centuries. Performances include juggling, acrobatics, and humorous plays based on a repertoire of ...

Maya in the Age of the Cross by William F. Hanks

The colonial Maya arte is a published work by a named author, endorsed in a series of approvals and licenses by named individuals at stated dates and places , and appearing under a title page stating the year and place it was made final by ...

ARTE PUBLICO PRESS From its beginnings in the Hispanic civil rights movement to its current status as the oldest and most accomplished publisher of contemporary and recovered literature by U.S. Hispanic authors, Arte Publico Press and ...

The gentleman's and connoisseur's dictionary of painters (1840)

COMMEDIA DELL'ARTE: a popular, improvised art form that flourished from the sixteenth through the eighteenth centuries, performed by a group of professional actors playing masked characters who were found in stock dramatic situations.

Online dictionaries and encyclopedias with entries for Arte

History of Alexander the Great.