Definition of the noun Atilla

What does Atilla mean as a name of something?

Atilla is a genus of Tyrannidae.

"Atilla" is a film, directed by Steve Cadro.

The atilla is a fancy, braided Hungarian shell-jacket or short coat, decorated with lace and knots. Its become part of the official uniform of the Hungarian cavalry, hussar, but was a part of the everyday wear of countrymen as well as nobility and officials.

Printed dictionaries and other books with definitions for Atilla

Atilla is the unforgettable Turkish Emperor for Europeans ...

One who in testifying speaks anuntruth is,all unwilling, bound fast bythecordsof Varu atilla hundred births arepassed. Thereforeone should declare true testimony.... 84. For self alone is the witnessfor self, and self is likewise the refuge of self.

The invasion, code-named Operation Atilla, took place in two stages and ended in August 1974, when Turkish troops occupied the northem third of the island. At the same time, the Greece-supported military junta fell and a democratic ...

Online dictionaries and encyclopedias with entries for Atilla 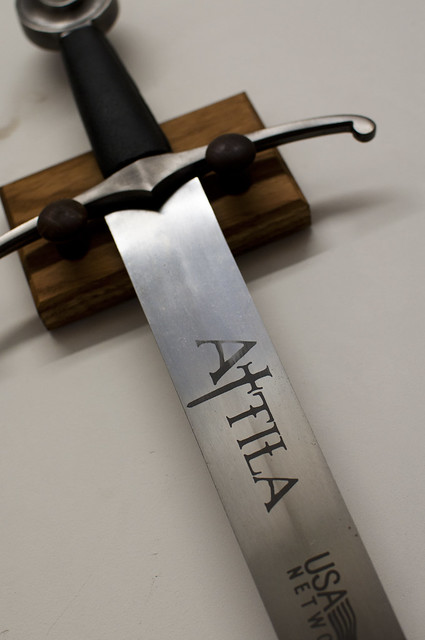