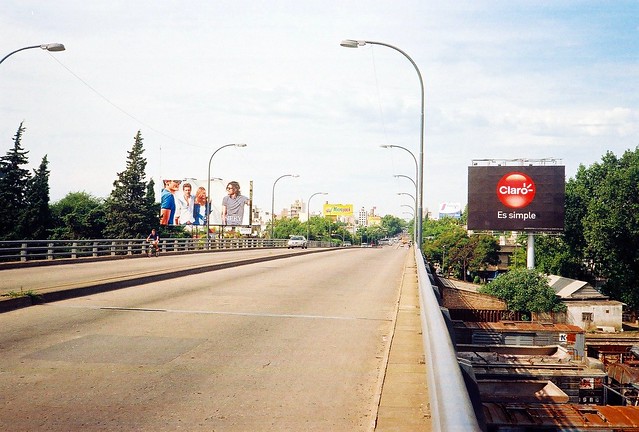 Avellaneda is a port city in the province of Buenos Aires, Argentina, and the seat of the Avellaneda Partido, whose population was 328,980 as per the 2001 census [INDEC]. Avellaneda is located within the Greater Buenos Aires metropolitan area, and is connected to neighboring Buenos Aires by several bridges over the Riachuelo River.

Avellaneda is a fictional character from the 2009 film The Pink Panther 2.

"Avellaneda" is a musical album of Skyphone.

Printed dictionaries and other books with definitions for Avellaneda

Avellaneda is a rough place, and has a bad name, on account of the many tough characters residing there. Avellaneda is named in honor of an Argentine president, Dr. Nicolas Avellaneda, whose beautiful statue here appears as a tribute to ...

Rigoberta Menchu and the North American Classroom by Allen Carey-Webb

Avellaneda is a graduate student in the ...

Sebastian Dellepiane Avellaneda is a Research Fellow at University College Dublin. Oliver Heath is Senior Lecturer in Politics at Royal Holloway, University of London. Sukhdev Johal is Reader in Strategy and Business Analysis at Royal ...

The Oxford Encyclopedia of Women in World History (2008)

CANDACE FALK GO ́MEZ DE AVELLANEDA, GERTRUDIS (1814–1873), Cuban -Spanish romantic poet, novelist, and dramatist. Cuba was an anomaly in nineteenth-century Spanish America in that it was still a colony of Spain, and Gertrudis ...

Gómez de Avellaneda y Arteaga, Gertrudis 266 267. cialism and the natural, civilizing influences of women. Goldstein's suffrage writings are relatively few, but see the pamphlets “The Senate Election— Manifesto to the ...

Online dictionaries and encyclopedias with entries for Avellaneda