Distribution of usage frequency for the most common synonyms of the adjective barmy:

Definition of the adjective barmy

What does barmy mean as an attribute of a noun?

Barmy is one of the top 1000 most common adjectives in the English language.

Alternative definition of the adjective barmy

Barmy is a village in the Agsu Rayon of Azerbaijan.

"Barmy" is a composition.

"Barmy": A smart indie drama about a stubborn newspaper cartoonist and the possibility of romance with his home healthcare nurse.

Printed dictionaries and other books with definitions for Barmy

BARMY. A. term used to describe someone whose brains are as the barm (foam) on beer. A modern equivalent would be “airhead.” ...

barmy, now usually so spelt in Britain (formerly also balmy), is a mainly British slang word applied to someone or ...

An Etymological Dictionary of Modern English (2013)

Online dictionaries and encyclopedias with entries for Barmy 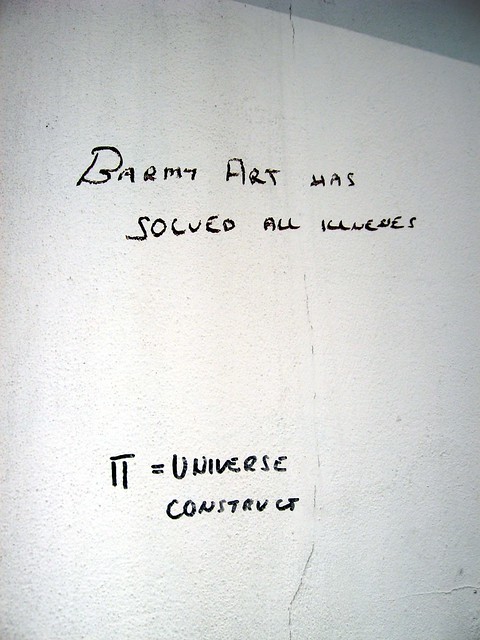