Definition of the noun bolivia

What does bolivia mean as a name of something?

Alternative definition of the noun bolivia

Bolivia a.k.a. Edivaldo Hermoza: Edivaldo Rojas Hermoza, commonly known as Bolívia, is a Bolivian footballer who plays for Portuguese club Moreirense F.C. as a forward.

Bolivia was a Horse owned by Andrew Jackson.

"Bolivia" is a 2001 Argentine and Dutch drama film directed by Israel Adrián Caetano, his first feature-length film. The screenplay is written by Caetano, based upon the Romina Lafranchini story, about his wife. The motion picture features Freddy Flores and Rosa Sánchez, among others.

Printed dictionaries and other books with definitions for Bolivia

Culture and Customs of Bolivia (2011)

by Javier A. Galván

BOLIVIA IS A country of extremes, both socially and geographically. There is a long litany of superlatives to describe this Andean nation, and many of these unique items are tangible geographical features. For example, La Paz is the highest ...

COUNTRY DESCRIPTION: Bolivia is a developing country with a growing economy. Tourist facilities are adequate but vary greatly in quality. The capital city is La Paz. ENTRY AND DEPARTURE REQUIREMENTS: A valid U.S. passport is ...

Bolivia is the world's third-largest cultivator of coca (after Colombia and Peru), with an estimated 30,000 hectares under...

Bolivia is a transit country for Peruvian and Colombian cocaine destined for Brazil, Argentina, Chile, Paraguay, and ...

The Indian population assures to Bolivia an ample supply of low-priced labor for the mines and agricultural estates. govern mutt Bolivia is a centralized republic, like Chile and Peru, not a federation of States like Argentina and Brazil.

Spedding The coca leaf and cocaine trade currently flourishing in Bolivia is the result of a concatenation of forces, political and economic. While legal coca leaf trading mechanisms have been influenced greatly by the emergence of ...

Bolivia is a country divided. Two cultures, two world-views and two economic models split the country almost exactly in half. The western high plains (altiplano) and mountains are home to the Aymara and Quechua-speaking indigenous ...

Bolivia is a landlocked country and one of the poorest in South America. It contains part of the Andes Mountains, together with forested plains in the north and east. Native Americans have lived in the area for around 10,000 years.

Genealogical Encyclopedia of the Colonial Americas (1998)

A Complete Digest of the Records of All the Countries of the Western Hemisphere by Christina K. Schaefer

Bolivia was colonized by Spain in 1536. It was part of the Viceroyalty of Peru until 1776. At that time the Viceroyalty of Rio de la Plata was created and included Argentina, Bolivia, Paraguay, and Uruguay. Bolivia declared independence from ...

It includes 12 sovereign states—Argentina, Bolivia, Brazil, Chile, Colombia, Ecuador, Guyana, Paraguay, Peru, Suriname, Uruguay, and Venezuela—as well as Guyane Française (French Guiana), an overseas region of France. It is one of the ...

Earth's Landscape: An Encyclopedia of the World's Geographic Features [2 volumes] (2015)

An Encyclopedia of the World's Geographic Features by Joyce A. Quinn, Susan L. Woodward

Bolivia,. Chile,. Colombia,. Ecuador,. Peru,. and. Venezuela. Geographic Overview. The Andes Mountains of South America are the longest mountain range on Earth and the second highest in elevation. They stretch more than 5,000 mi (8,500 ...

Encyclopedia of the Developing World (2005)

Bolivia is a diverse and multiethnic nation in the geographical center of the South American continent. It is one of the poorest developing countries in Latin America, consistently ranking low on the United Nations Human Development ...

The Environment Encyclopedia and Directory 2001 (2001)

Bolivia, Ecuador, and Peru. The lion's share of novelists of the region has favored REALISM even when exploring experimental literary forms. The Andean novel has also been significantly, although not exclusively, informed by efforts to ...

Online dictionaries and encyclopedias with entries for Bolivia 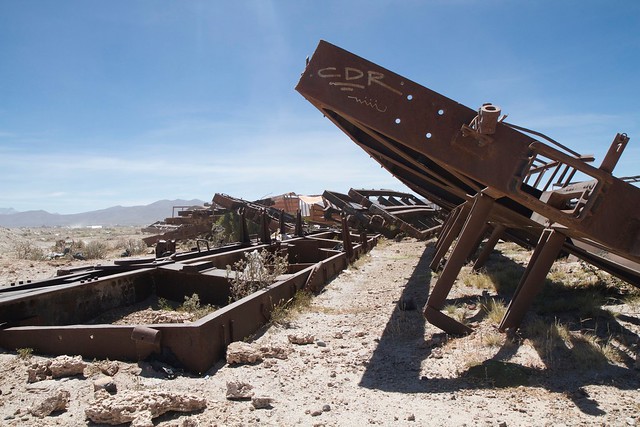 See also the blanagrams of Bolivia!

Go to the usage examples of Bolivia to see it in context!