Caesar appears in the following palindromes (phrases that read the same backward as forward):

Definition of the noun caesar

What does caesar mean as a name of something?

Alternative definition of the noun caesar

There are other people with in their name, like Gus Caesar, Ida Caesar, Max Caesar, Ray Caesar, Sid Caesar, Vic Caesar, Burt Caesar, Caesar Cobb, Caesar Koch, Dina Caesar and many others.

There are other groups with in their name, like Caesar's, Il Caesar, Great Caesar, Caesar Palace, Great Caesar!, Caesar Productions and Little Caesar and the Consuls.

Caesar is a record label.

There are other characters with in their name, like Hale Caesar, King Caesar, Nero Caesar, Black Caesar, Caesar Rodney, Little Caesar, Michael Caesar.

"Caesar" is a city-building computer game where the player undertakes the role of a Roman governor, building ancient Roman cities.

Caesar is a village in the Mazowe West District located within the province of Mashonaland Central, Zimbabwe. It is situated in the Great Dyke about 12 km south of the Mutorashanga Pass. According to the 1982 Population Census, the village had a population of 2,674. The village grew up around the Caesar Mine which is a chromite mine.

Caesar: A Caesar or Bloody Caesar is a cocktail created and primarily consumed in Canada. It typically contains vodka, Clamato, hot sauce and Worcestershire sauce, and is served with ice in a large, celery salt-rimmed glass, typically garnished with a stalk of celery and wedge of lime.

Phrases starting with the word Caesar:

Phrases ending with the word Caesar:

View more phrases with the word Caesar in thesaurus!

Printed dictionaries and other books with definitions for Caesar

Peirce, James, and a Pragmatic Philosophy of Religion (2012)

Consider the following two claims: “Caesar crossed the Rubicon,” and “Caesar is a prime number.

Caesar is a number; according to others, Caesar is not.

to determine a truth-value for the sentence 'Julius Caesar is the number ofplanets', Dummett once ...

A Student Guide to Mooting by John Snape, Gary Watt

For High Schools and Colleges by Aaron Schuyler

To take Carnap's example, “Caesar is a prime number,” the name “Caesar” designates a particular individual who is a member of the logical category of person. The predicate expression “is a prime number” is applicable only to members of ...

The Wisdom of Shakespeare by Peter Dawkins

by the conspirators after murdering Caesar is a complete travesty of the proclamation of the True Word.

Caesar refers to the Belgic Gauls as inhabiting the area bordered southwards by the Seine and the Marne, westwards by the ocean, and northwards and eastwards by the Rhine. This corresponds roughly to all of present-day Belgium and ...

Sallust and the Execution of the Catilinarian Conspirators by Andrew Drummond

Here Caesar is the voice of unimpassioned reason, rising above the emotions of the moment to assess the wider implications of the measures under consideration and to offer a statesmanlike counsel165 that is based not on a narrow legalism ...

Dennis Cooper began Little Caesar in Los Angeles in 1977 as a saddlestitched " punkpoetry zine," but by its sixth issue, in which a brief note about its first impetus appeared, the magazine had become the meeting place for young poets on the ...

Caesar An aristocratic Roman family name which became an imperial title. Capitol The triple religious shrine on Rome's Capitoline Hill. Celts A people dominating western and central Europe from the Bronze Age to the middle of the first ...

Encyclopedia of the Roman Empire (2009)

Caesar, Lucius was soon bound for Africa, where two more allies of Pompey fell—Scipio and King Juba—at the battle of THAPSUS . At MUNDA in Spain the resistance of the Pom- peians ended, and five great triumphs were staged in ...

Julius Caesar who laid the plans for Carthage's reemergence as Colonia Junonia in 44 BCE. This strong colonial apparatus made North African Christians especially susceptible to persecution by the Roman authorities on the Italian Peninsula ...

Online dictionaries and encyclopedias with entries for Caesar 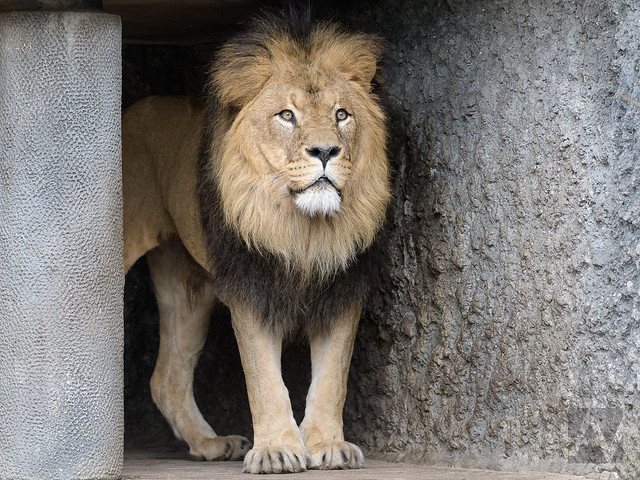 Caesar: Of all the wonders that I yet have heard, it seems to me most strange that men should fear; seeing that death, a necessary end, will come when it will come. (William Shakespeare)
more quotes about caesar...