Chaos (great disorder or confused situation) is considered to be an advanced word, according to the Kaplan GRE Exam Vocabulary in a Box, which includes 500 college- and graduate-level words that frequently appear on the Graduate Record Exam.

Definition of the noun chaos

What does chaos mean as a name of something?

Alternative definition of the noun chaos

Definition of the noun chaos for high school students

The noun chaos is considered to be a word that all college-aspiring students should know and understand, so it frequently appears on the SAT, ACT and other college admissions tests.

"Chaos" was written by Christian author Ted Dekker and was released on May 1, 2008. It is the 4th and final young adult fictional novel in the new Lost Book series. These new novels span the fifteen year period that is gapped in the Circle Trilogy's Black and Red. Thomas Hunter is still the commander of the Forest Guard when these stories occur.

"Chaos" a.k.a. "Chaos: The Battle of Wizards" is a turn-based tactics computer game that was released on the ZX Spectrum in 1985. It was written by Julian Gollop and originally published by Games Workshop.

There are other characters with in their name, like Dr. Chaos, Lord Chaos, Chaos Demon, Captain Chaos and Chaos Generals.

There are other people with in their name, like Kid Chaos, Rob Chaos, chaos a.d., Casey Chaos, Johny Chaos, Captain Chaos, Agents Of Chaos, Chaos by Design, Iñaki de Juana Chaos, Diagram of Suburban Chaos and many others.

Chaos is a record label.

Phrases starting with the word Chaos:

Phrases ending with the word Chaos:

Other phrases containing the word Chaos:

Printed dictionaries and other books with definitions for Chaos

Chaos is the one that determines everyone's legitimacy. 3713.

Chaos is the one that determines everyone‟s legitimacy. 3713. Each law is...

Chaos is the most simple and the most superior legitimacy. 3715.

The Problems They Solved, Why These Are Important, and What You Should Know about Them by Robert A. Nowlan

Why, yes there is, and it is called Chaos Theory. The word Chaos (Latin...

Even less formally Chaos is the condition of any confused , disorderly mass.24 Chaos is the final state in a system's movement away from order.

Chaos is a phenomenon observed in a nonlinear system described by a certain set of differential equations and shows irregular oscillations for time or spatial evolutions (Lorenz 1963). We must distinguish chaos from the observations of ...

In- volutionary kathekos or primordial chaos is the egg- plasm which nourishes the germ or the kosmos and is that out of which the germ ...

Deterministic chaos is a non-repeating, deterministic behavior of dynamical systems that can be found in meteorology,

The paramount example of a system generating deterministic chaos is the Lorenz system, which was developed to ...

A Philosophical History by Edward Casey

As a gap, Chaos is a primordial place within which things can happen. Aristotle...

Faith, science and the experience of wonder by Barbara Brown Taylor

Chaos is the name of the game. However strong the illusion of order may be, there is an essential messiness to life that cannot be controlled. The good news about chaos is that there is an apparent boundary to it. What Edward Lorenz ...

CHAOS THEORY AND COMPLEXITY According to Kaneko and Tsuda (2000); in physics, chaos is a type of...

Chaos is an ancient word originally denoting a complete lack of form or systematic arrangement, but now often used to imply the ...

The Advanced Dictionary of Marketing : Putting Theory to Use (2007)

Encyclopedia of Literature and Science (2002)

All these areas are concerned with forms of orderly disorder; they mark a move from complete, objective descriptions or closed theories to an emphasis on local, fractured accounts (see Hayles, Chaos Bound). Linguistic signs, literary texts, and ...

Wei-Bin Zhang Ritsumeikan Asia Pacific University, Japan INTRODUCTION Chaos theory has been an active discipline which has had a profoundeffecton a wide variety offields in natural as well as social sciences (Prigogine & Stengers, 1984 ...

Online dictionaries and encyclopedias with entries for Chaos 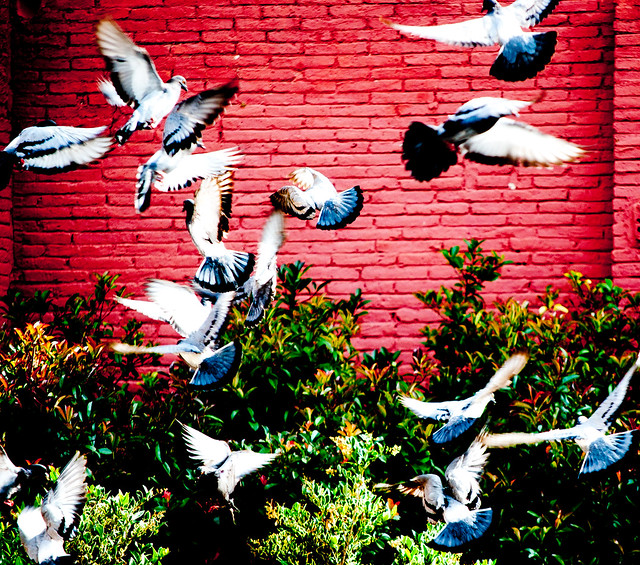 Find Jesus in the midst of chaos / American Sign Language

Devotion for the Deaf - August 17.