Definition of the noun chiang kai-shek

What does chiang kai-shek mean as a name of something?

Who is Chiang Kai-shek?

Chiang Kai-shek was a Chinese political and military leader who served as the leader of the Republic of China between 1928 and 1975. He is known as Jiang Jieshi or Jiang Zhongzheng in Standard Chinese. Chiang was an influential member of the Kuomintang, the Chinese Nationalist Party, and was a close ally of Sun Yat-sen. He became the Commandant of the Kuomintang's Whampoa Military Academy and took Sun's place as leader of the KMT when Sun died in 1925. In 1926, Chiang led the Northern Expedition to unify the country, becoming China's nominal leader. He served as Chairman of the National Military Council of the Nationalist government of the Republic of China from 1928 to 1948. Chiang led China in the Second Sino-Japanese War, consolidating power from the party's former regional warlords. Unlike Sun Yat-sen, Chiang Kai-shek was socially conservative, promoting traditional Chinese culture in the New Life Movement and rejecting western democracy and the nationalist democratic socialism that Sun embraced in favour of an authoritarian government.

"Chiang Kai-shek" is a book by Hsin-hai Chang.

Printed dictionaries and other books with definitions for Chiang Kai-shek

From its bases in Manchuria, the Japanese staged large-scale military raids across the border, forcing Chiang Kai-shek«s government to accede to a humiliating peace that gave Japan some control over the border regions of northern China.

Chiang Kai-shek welcomed American support but constantly complained that it was ...

Encyclopedia of the Developing World (2005)

Online dictionaries and encyclopedias with entries for Chiang Kai-shek 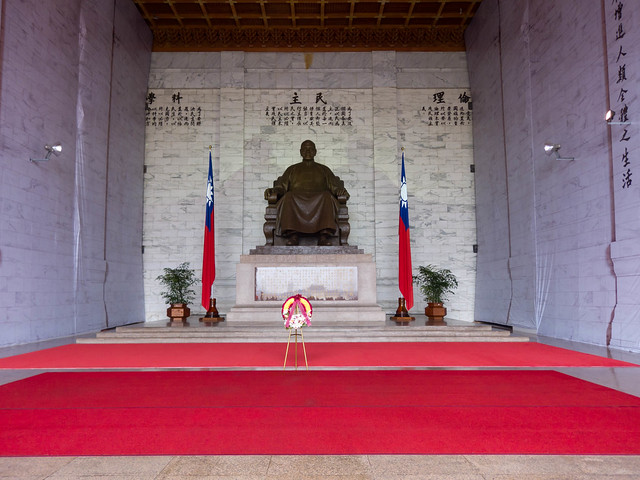