Definition of the noun Christian Rock

What does Christian Rock mean as a name of something?

Christian Rock a.k.a. Riverdeep* is a musical group.

Christian rock is a form of rock music played by individuals and bands whose members are Christians and who often focus the lyrics on matters concerned with the Christian faith. The extent to which their lyrics are explicitly Christian varies between bands. Many bands who perform Christian rock have ties to the contemporary Christian music labels, media outlets, and festivals, while other bands are independent.

Printed dictionaries and other books with definitions for Christian rock

A common remark about Christian rock is that if you took a standard rock song and replaced words like “girl” and “baby” with “God” and “Jesus” you would have a popular Praise Song. The South Park episode “Christian Rock Hard” (Season 7 , ...

Christian rock Contemporary Christian music combining Christian lyrics with rock tunes and styles. It is not used in traditional Christian worship except in churches targeting young people. The first allChristian rock radio station was founded in ...

Market Trends: Christian Rock in the 19805 The CCM recording industry expanded and professionalized in the years following its emergence to meet the growing market for Christian popular music. By the 19805 the CCM industry relied on a ...

Iron Age and early Christian rock carvings in Britain. Unfortunately, vandalism, coalmining and erosion of the soft sandstone have blocked access to many of the carvings and destroyed others. St Fillan's cave at Pittenweem in Fife (see ...

Christian rock. Rock music with Christianthemed lyrics. chromatic. (1) A note that is not a ...

Online dictionaries and encyclopedias with entries for Christian rock 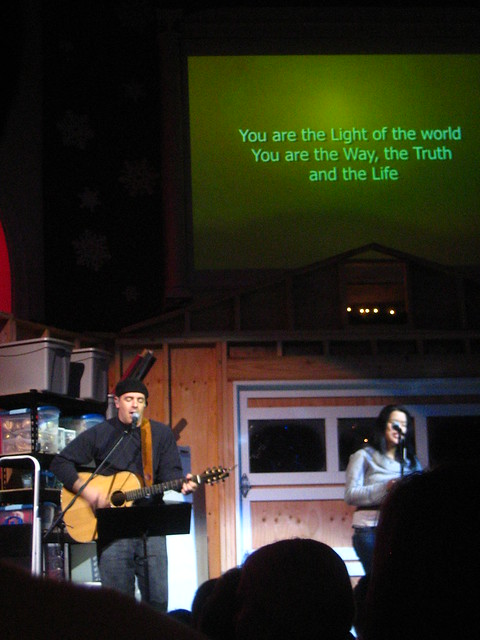