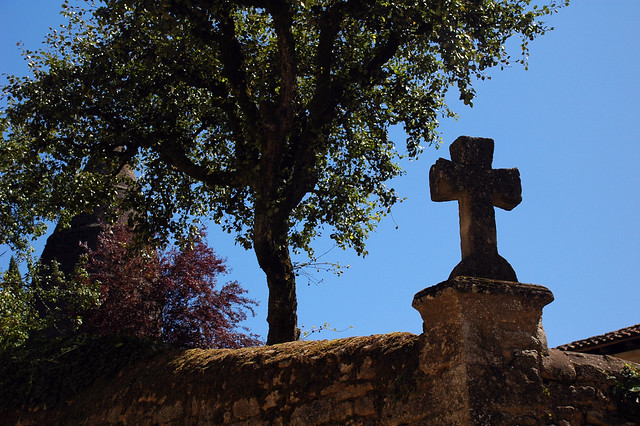 "Dordogne" is a cataloged instance, composition.

Printed dictionaries and other books with definitions for Dordogne

The Dordogne is an area of deeply dissected limestone plateaus, and the Dordogne River and its tributaries form a complex of valleys that offer distinctive local microclimates. Overall, however, during the millenia in question, full arctic...

The Dordogne is a region of ubiquitous caves and rockshelters, and these provided prehistoric populations with sheltered life-space and easy access to water in an environment that was very rich in ...

The Dordogne is a child of lusty growth, and at its very leap from the cradle, under the Pic de Sancy, it rolls a fine brown torrent beneath steeply wooded banks. Its course led us rapidly down the mountain glen to the amiable but somewhat characterless little wateringplace of La Bourboule, set in a depression of the hills, with a background of slopes which, in summer, might offer fairly pleasant walks between one's douches; and here, at a fresh white hotel with an affable landlady, we ...

Over 30 walks in southwest France by Janette Norton

The Dordogne is a country of undulating woodland and shallow valleys, so there are no long, steep climbs or sharp descents. The comments after the grading should give a good indication as to whether the walk is suitable for your abilities. Time The timings correspond to the average walking pace of a reasonably fit person, but this is very approximate as everyone has a different rhythm. It is also important to add on plenty of time for stopping to look at the views, taking photos and for a ...

A Geographical Dictionary, Representing the Present and Ancient Names of All the Countries, Provinces, Remarkable Cities ... (1688)

And Rivers of the Whole World: Their Distances, Longitudes and Latitudes by Edmund Bohun

DORDOGNE, a department of France, ...

A Dictionary Geographical, Statistical, and Historical of the Various Countries, Places, and Principal Natural Objects in the World by J. R. M'Culloch (1866)

Chief rivers, the Dordogne, VizEre, Isle, Dronne, &c., all of which have a SW. course. The Dordogne, resulting from the union of the rivulets Dor and Dogne, rises in the Man! d'Or, ...

Online dictionaries and encyclopedias with entries for Dordogne

Video shows what Dordogne means. A department in southwest France, in the region of Aquitaine. A river that flows from south-central France into the Garonne.