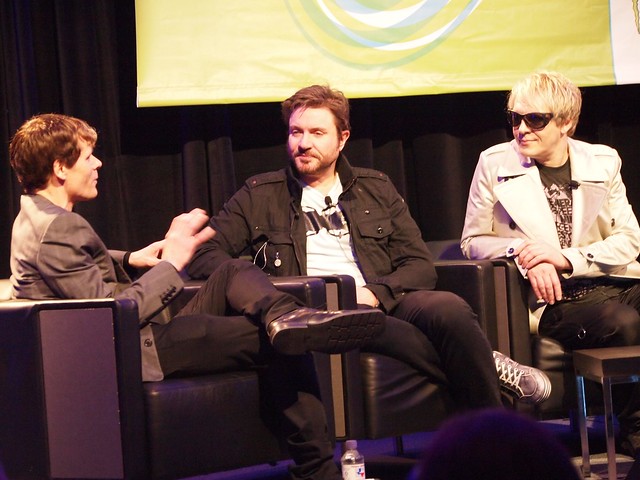 Duran Duran is a tautonym (it is composed of two identical parts). View more tautonyms!

"Duran Duran" is a book by Neil Gaiman.

Printed dictionaries and other books with definitions for Duran Duran

Knitting My Way through Love, Loss, and Laughter by Rachael Herron

Duran Duran is a registered trademark of ...

are part of a group and they think Duran Duran is a cool name. Which it is. Various changes take place with Nick playing alongside three unrelatedTaylors – John (now on bass), Andy ...

The Encyclopedia of Guilty Pleasures (2004)

DURAN DURAN wiches and frozen coffee drinks, but the mainstay is still big cups of steaming, fresh-brewed joe— the better to go with Cinnamon Cake Sticks (450 calories each) and Apple Crumb Donuts (230 calories). This is definitely your ...

International Dictionary of Marketing and Communication (2012)

Artists like Duran Duran and Madonna were MTV staples before they appeared on most radio stations playlists. The network's influence extended beyond the music industry. Performers like Cyndi Lauper, Boy George, Madonna, and Nirvana ...

Online dictionaries and encyclopedias with entries for Duran Duran

You listen to a piece of music and it will remind you of something-it might make you happy, it might make you sad, but it is very emotive. And I think that Duran Duran have always understood that. (Nick Rhodes)
more quotes...