Definition of the adjective enchanted

What does enchanted mean as an attribute of a noun?

Alternative definition of the adjective enchanted

Definition of the verb enchanted

What does enchanted mean as a doing word?

Printed encyclopedias and other books with definitions for Enchanted

Being enchanted means to seek some easy, readymade solution to a serious problem, a solution like the one Mephistopheles offers Faust.5 To work willingly at some soul-numbing task, missing an obvious way out of difficulty.6 To withdraw ...

The Ultimate Unofficial Encyclopedia for Minecrafters (2015)

items with the anvil by combining an item with an enchanted book. This is the only way to get enchantments on a shear (Silk Touch, ...

Place the appropriate enchanted herbs in a bag and take to a wild place. With your hands, dig a small hole in the Earth and pour the herbs into it. Visualize your need strongly. Cover the herbs over and leave the area. It is done. The Air Spell ...

An Encyclopedia of American Folklore (3 Volumes) by Christopher R. Fee, Jeffrey B. Webb

while the prince was enchanted. Now that the prince was human again and had found a bride, the iron rings shattered from Henry's heart, making it sound as if the chariot was falling apart. This initial setting of a prince in disguise has been ...

Variation and Change in the Lexicon (2007)

It would be possible, then, to hypothesize that one of the phrases, magic artefacts or magical artefacts, relates more often to things which are thought to be enchanted, while the other phrase tends to be used in a classifying sense to denote ...

Online dictionaries and encyclopedias with entries for Enchanted 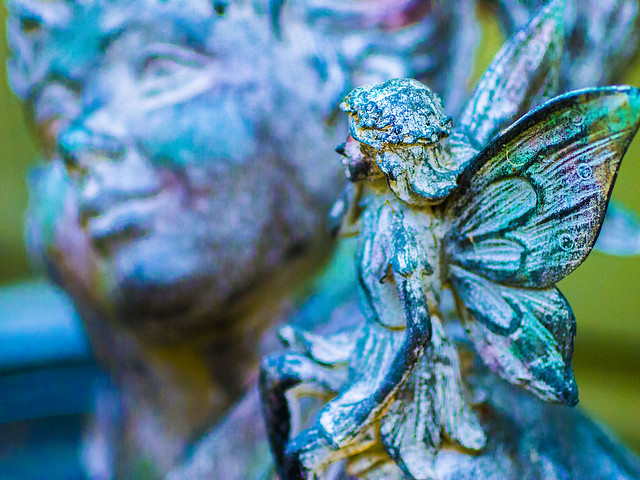 View more videos about The Enchanted.