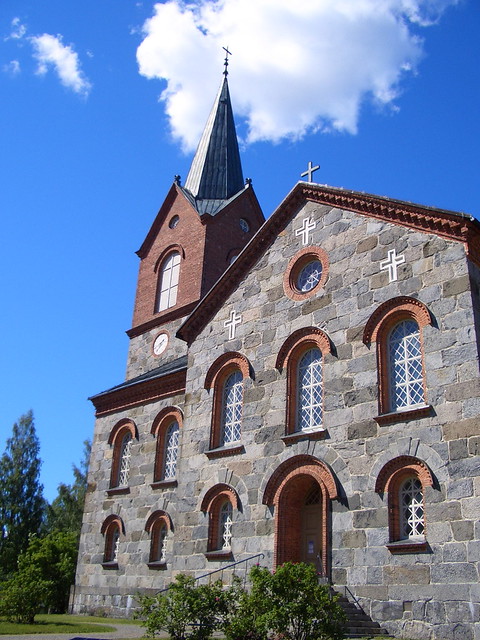 Finland a.k.a. Government of Finland: Finland is a republic with a representative democracy governed accordingly to the principles of parliamentarism. Legislative power is vested in the Parliament of Finland. Executive power is exercised by the Cabinet, officially termed Council of State, which is led by the Prime Minister, the Head of Government. Some matters are decided by the President of Finland, the Head of State, in plenary meetings with the Council of State, echoing the constitutional history of a privy council. The President is otherwise not present in the Council, but decides on issues such as personal appointments and pardons on the advice of the relevant minister. In the ministries, matters of secondary importance are decided by individual ministers, advised by the minister's State Secretary. The Prime Minister and the other ministers in the Council of State are responsible for their actions in office to the Parliament.

Printed dictionaries and other books with definitions for Finland

Sidney David, Yasin Oraz, IlyasOuahhoud & Esra Sahingöz Finland is a Nordic country located in northern Europe and borders on Sweden, Russia, Estonia and Norway. The capital and largest city is Helsinki, and Finnish is the most spoken ...

Finland is a small European state, while China is a rising superpower whose role in the Arctic is continuously questioned. China has sustained an 8–10 per cent annual gross domestic product (GDP) growth rate since the 1980s.47 Now, ...

Parties, Governments and Voters in Finland (2014)

Country and people7 Vast in terms of territory and small in terms of population, Finland is a sparsely inhabited country. The nearly 340,000 square km of its territory place it in the top third of the world's states in terms of geographic size. With a ...

Finland is an active participant in the Organization for Security and Cooperation in Europe (OSCE).

Finland is a Member State of the European Union (EU), which means that the police take account on the common European security and policing strategies and justice and home affairs policies. The National Police Board under the Ministry of ...

The Christian guardian (and Church of England magazine). (1847)

Finland is an extensive country; and, like Sweden and Norway, it abounds in rocks of the primitive portions; but it is...

Finland is an innovative country According to the Innovation Union Scoreboard, which provides a multi-dimension comparative assessment of EU countries' research and innovation performances, Finland is among the innovation leaders, ...

Finland is a hilly country, and among the hills there are thousands of lakes and marshes. It is an old, worndown land somewhat like New England, and like New England it has been invaded by great ice-sheets. There are stony soils, ...

Indeed, the authors claim thatinan international, rather than a Nordic, context, Finland is a rather typical shipping nation.

Finland is a country with two national languages, 1 Finnish and Swedish. Finland is by no means the only officially bilingual country in the world, but opposite to the situation in many other countries, Finnish bilingualism is highly appreciated ...

Finland is an interesting case for analysis because of a high demand for and execution of mergers in this nation over the past decade. We analyze empirical studies on Finnish university mergers specifically, supported by international studies ...

Your Car-Camping Guide to Scenic Beauty, the Sounds of Nature, and an Escape from Civilization by Tom Watson

Site 4, the last one in this small loop, Privacy: ,,, Spaciousness: , , Quiet: ,,,, Security: ,,, Cleanliness: ,,, Finland is a spacious site at the base of those dominating pines. These four sites are completely different from each other in size, shape, and ...

Background Information The first crusade to Finland by the Swedes took place in 1155, and the country subsequently became part of the Swedish realm. It was handed over to Russia by Sweden in 1809, and became a partly autonomous ...

FINANCIAL POLICY: See Economic and Financial Policy FINLAND has emerged as the most proEuropean Union (EU) member statewithin Scandinaviaand, unlike bothDenmark and Sweden, signed up as one of the initial members of the ...

Wedged between Sweden and Russia, Finland is a unique country with a culture and heritage all its own. Finnish stands alone among the other European languages and is unrelated to the Germanic, Slavic or Romanic languages like English ...

Finland is usually described as being a Scandinavian country, but Finnish is not related to Swedish or to the other Scandinavian languages, Norwegian, Danish, Icelandic, Greenlandic and Faroese. There are about 296,000 Swedish speakers ...

Online dictionaries and encyclopedias with entries for Finland

View more videos about Gulf of Finland and Republic of Finland.

Eventually, in '84, we made a film for a little over a million dollars - with American actors that was shot in English - that was shown in Finland A little action film called Born American. (Renny Harlin)
more quotes about finland...