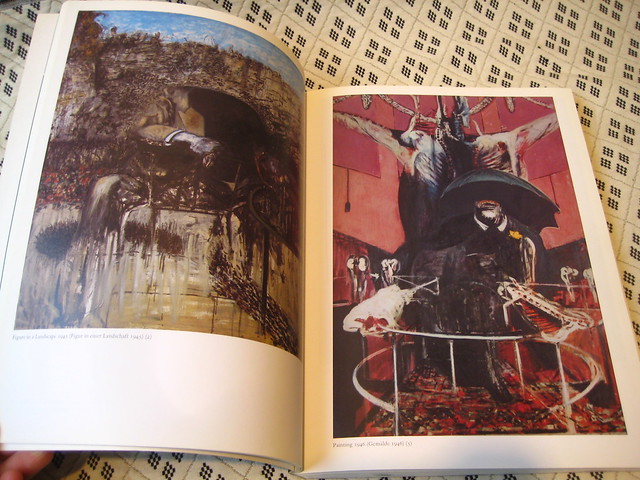 Who is Francis Bacon?

Francis Bacon, 1st Viscount St. Alban, QC, was an English philosopher, statesman, scientist, jurist, orator, essayist, and author. He served both as Attorney General and Lord Chancellor of England. After his death, he remained extremely influential through his works, especially as philosophical advocate and practitioner of the scientific method during the scientific revolution.

Online dictionaries and encyclopedias with entries for Francis Bacon (philosopher)

* Published in association with Thames and Hudson
* Published by the Tate Gallery Publication Department
* ISBN no. 0946590192
* Copyright 1985
* Not a hardback

Go to the usage examples of Francis Bacon to see it in context!