Definition of the noun gavia

What does gavia mean as a name of something?

Phrases starting with the word Gavia:

Phrases ending with the word Gavia:

Other phrases containing the word Gavia:

View more phrases with the word Gavia in thesaurus!

Printed dictionaries and other books with definitions for Gavia

Gavia is the word used by Pliny to signify a Sea-mew. Taking the general original description and the locality into consideration, this forty-fourth chapter on the Diomedean Birds will apply aptly enough to the Common or White Pelican, f which ...

Fraser's Magazine for Town and Country (1858)

Gavia is the word used by Pliny to signify a Sea-mew. . Taking the general original description and the locality into consideration, this forty-fourth chapter on the Diomedean Birds will apply aptly enough to the Common or W#e Pelican,t which ...

Metaphor and the Ancient Novel (2005)

The gavia is the bird who alerts ...

A Reference Guide to the New Technology by Joseph A. Angelo

As the company's literature suggests the Gavia is a small 2,000-meter depth rated AUV that represents “an ideal tool for any (underwater) research, monitoring or surveillance task where autonomy, cost, and ease of deployment matter.” In April ...

“Gavia is a large planet, with twenty different provinces, and it is critical to your citizenship that you know each and every one,” The Ruler began with a serious brow. “Please name them all, what the name stands for in Gavian, and what position ...

The metascheduler is called Gavia, and is a Globus incubator project [9]. Fig. 3. An overview of the components of a GT4 computational grid ...

Notes on Rio de Janeiro, and the Southern Parts of Brazil (1820)

Taken During a Residence of Ten Years in that Country, from 1808 to 1818 by John Luccock

The Gavia is the most to the west, of the greatest height, and has a remarkable flat top, which seems an immense cube, or table of stone with perpendicular sides, placed upon a mountain. The Corcovado is a little more to the Eastward, a lofty ...

The Passo di Gavia is a narrow, steep, and (at that time) partially unpaved beast lurking in the Italian Alps. It is intimidating in every way: grades pitching up to 18 percent; not a lot of guardrails, but plenty of long, straight stretches ending in ...

The Arctic loon (Gavia arctica) also known as the black-throated diver (as a middle way, the neologism black-throated loon has been suggested by ornithologists) breeds in oligotrophic lakes in the northern temperate zone, in the tundra, and ...

A Dictionary in English and Latine ... Recognized by Dr. Evans ... and then by W. Clerk. And now at this last impression enlarged, etc (1634)

There is one genus, Gavia, and four species, which are migratory, and found in the northern *Holarctic. Gaviiformes (divers; class *Aves) An order that ...

The Blackfoot Dictionary of Stems, Roots, and Affixes (2017)

In North America, a water bird of the family Gaviadae, especially the great northern diver (Gavia immer). In Great Britain the word is often pronounced loom and is locally applied to the grebes. Arctic seamen, moreover, give this name to the ...

A Dictionary in Hindee and English Compiled from Approved Authorities (1846)

Online dictionaries and encyclopedias with entries for Gavia 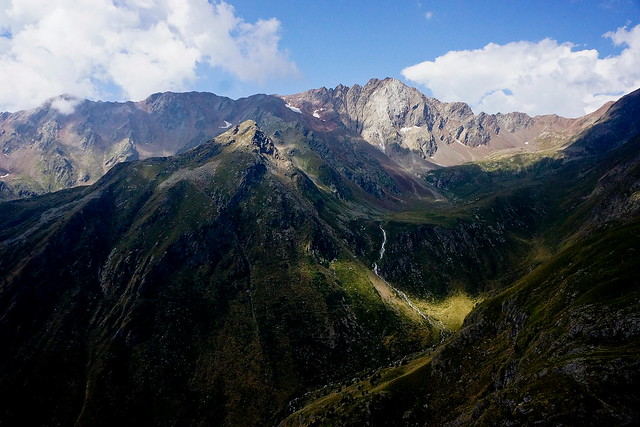