Definition of the noun graduate student

What does graduate student mean as a name of something?

Graduate student: A graduate student is an individual who has completed a bachelor's degree and is pursuing further higher education, with the goal of earning a master's degree, doctorate, or other postgraduate qualification, such as a graduate certificate.

Printed dictionaries and other books with definitions for Graduate student

Graduate Student: A student who is pursuing either a Master's or Doctorate degree. Grant: A form of financial aid given based on need to qualifying students to help pay for educational expenses. Typically a grant does not have to be repaid.

The Encyclopedia of Neuropsychological Disorders (2012)

fellow A graduate student who is carrying out research in a particular subject and is paid to do some teaching. fellowship The position of fellow at a college or university, or the money granted to one. field trip An excursion by staff and students ...

An International Dictionary of Adult and Continuing Education (2012)

Encyclopedia of the Middle Passage (2007)

Emily Brownell is a graduate student in the history department at the University of Texas at Austin. Oyeniyi Bukola Adeyemi is the Pioneer Chair in the department of history and strategic studies at Redeemer's University, Nigeria. Tara Bynum is ...

and British graduate student Francis Crick— saw the two problems as interrelated. DNA's structure and function might, they believed, illuminate one another. The pair began working together in late 1951, drawing together data gathered by ...

A Dictionary of Philosophy of Religion (2010)

Marty, a former student of Charles Taliaferro, is currently a graduate student in theology at University of ...

Dictionary of the University of Minnesota (1908)

Graduate student abroad, 1907. Instructor in German, Dartmouth college. GRADUATE CLUB — 'this is an organization of instructors and students in the graduate school for the purpose of fostering a greater interest in graduate work, for mutual ...

Online dictionaries and encyclopedias with entries for Graduate student 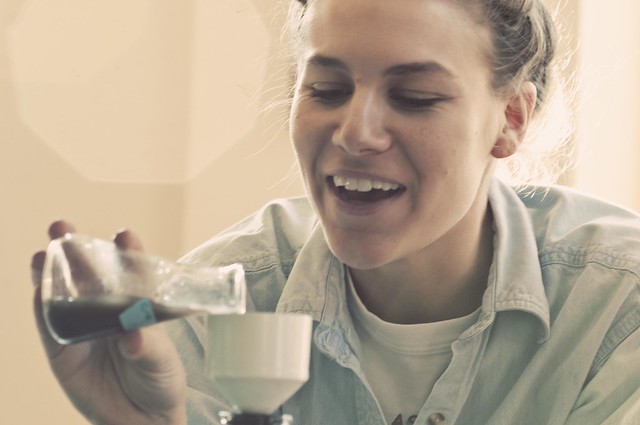 Working in Professor Don Zak's soil lab at the University of Michigan School of Natural Resources and Environment.

Eight months later, having left Columbia, I was studying physics in a summer program and working in Colorado when I decided to enroll as a graduate student in biophysics. (Sidney Altman)
more quotes...