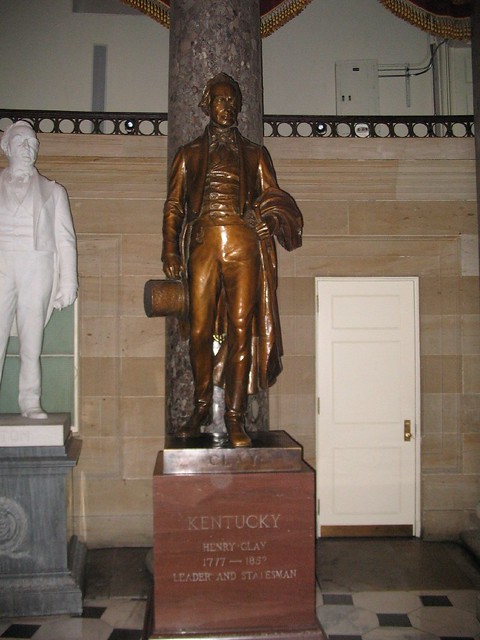 Definition of the noun henry clay

What does henry clay mean as a name of something?

Henry Clay is a fictional character from the play Bloody Bloody Andrew Jackson.

There are other places with in their name, like Henry Clay Township and Henry Clay Frick House.

Printed dictionaries and other books with definitions for Henry Clay

The Encyclopedia of the Mexican-American War (2013)

A Political, Social, and Military History

Online dictionaries and encyclopedias with entries for Henry Clay

An oppressed people are authorized whenever they can to rise and break their fetters. (Henry Clay)
more quotes...

Go to the usage examples of Henry Clay to see it in context!