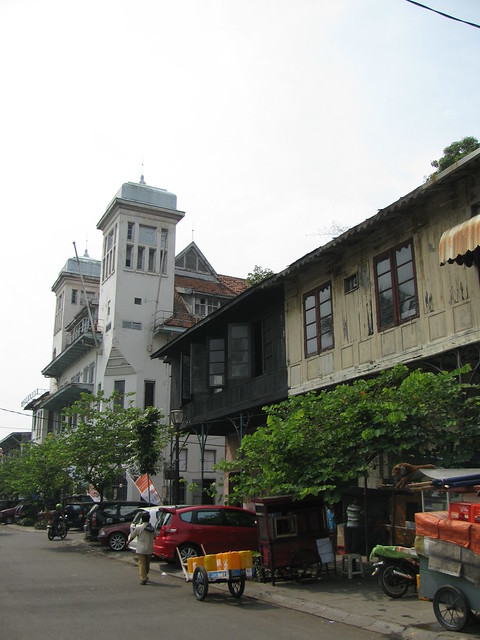 Indonesia appears in the following palindromes (phrases that read the same backward as forward):

Indonesia, officially the Republic of Indonesia, is a sovereign state in Southeast Asia and Oceania. Indonesia is an archipelago comprising thousands of islands. It encompasses 33 provinces and 1 Special Administrative Region with an estimated population of over 252 million people, making it the world's fourth most populous country. Indonesia's republican form of government comprises an elected legislature and president. The nation's capital city is Jakarta. The country shares land borders with Papua New Guinea, East Timor, and Malaysia. Other neighboring countries include Singapore, the Philippines, Australia, Palau, and the Indian territory of the Andaman and Nicobar Islands. Indonesia is a founding member of ASEAN and a member of the G-20 major economies. The Indonesian economy is the world's 17th largest by nominal GDP.

Indonesia is a musical group.

Phrases ending with the word Indonesia:

Other phrases containing the word Indonesia:

Printed dictionaries and other books with definitions for Indonesia

The Competitiveness of Clusters in Globalized Markets (2016)

Indonesia is an interesting case study.

In addition to its vast reserves of primary commodities and natural resources, Indonesia is a key location for the manufacture of apparel and electronics and is integrated into the GVCs of the leading ...

Dictionary of the Modern Politics of Southeast Asia (2013)

Although Indonesia is a unitary republic, a law came into effect in January 2001 that gave provincial administrations greater autonomy in education, health, land rights and transport policies as well as investment approvals. Indonesia is a ...

Introduction Indonesia is a country where the government had set up a National AIDS Commissions even before the first report of HIV infection came out. At present reports of AIDS patients, from 17 out of 27 provinces have become a threat to ...

A Biographical Encyclopedia of Contemporary Genocide: Portraits of Evil and Good (2012)

Context: East Timor/Indonesia José Manuel Ramos-Horta, an East Timorese politician, is one of the principal figures who led the country's independence struggle against Indonesia between 1975 and 1999.

Online dictionaries and encyclopedias with entries for Indonesia

View more videos about Bahasa Indonesia and Republic of Indonesia.

All Indonesia hail, Ariel Peterpan, the greatest man?
living in Indonesia today, the young men say, the living Don Juan!
the Man of the Century, able to Conquer, most Indonesian celebrities!