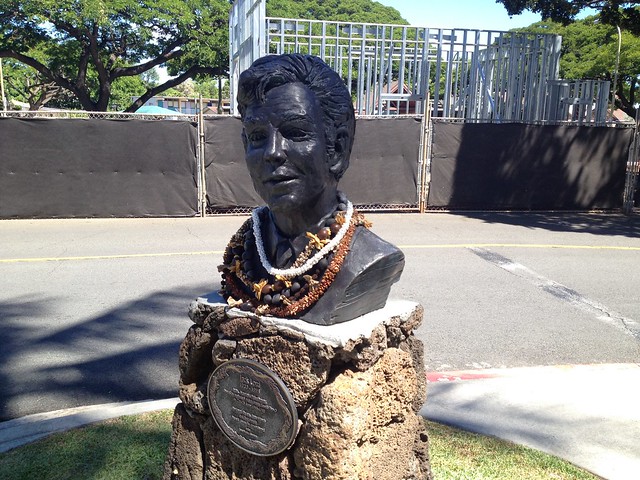 Who is Jack Lord?

Jack Lord: John Joseph Patrick Ryan, best known by his stage name, Jack Lord, was an American television, film and Broadway actor. He was known for his starring role as Steve McGarrett in the American television program Hawaii Five-O from 1968 to 1980. Lord appeared in feature films earlier in his career, among them Man of the West. He was the first actor to play the recurring character Felix Leiter in Dr. No, the first James Bond film.

Printed dictionaries and other books with definitions for Jack Lord

Hawaii Five-O, starring Jack Lord as Detective Steve McGarrett, James MacArthur as Detective Danny Williams, Kam Fong as Detective Chin Ho Kelly, and Zulu as Detective Kono Kolakaua, was one of the most popular and ...

Online dictionaries and encyclopedias with entries for Jack Lord

What you have, what you are - your looks, your personality, your way of thinking - is unique. No one in the world is like you. So capitalize on it. (Jack Lord)
more quotes...

Go to the usage examples of Jack Lord to see it in context!