Definition of the noun Jakarta

What does Jakarta mean as a name of something?

Alternative definition of the noun Jakarta

Printed dictionaries and other books with definitions for Jakarta

Jakarta is the largest city in Southeast Asia and, based on current growth trends, will likely remain so. The city grew from 2.9...

The easy way to discover Jakarta! by Carl Ottersen

The first thing anyone will ever tell you about Jakarta is that its traffic is impossible . It definitely is a challenge, for this city hums with life every hour of every day, everyone a- bustle with ambition, opportunity and drive. Late night partygoers just ...

Jakarta is a city of enormous proportions. With an estimated population of 10.3 million in 2011, it is the most populous city in Southeast Asia. It has immediately apparent drawbacks. It is polluted, disorganized, subject to flooding, overcrowded, ...

6, 2000 Jakarta is a fascinating commercial city in Indonesia. It is a very crowded city with a population of .... Jakarta is a ...

An Introduction to Urban Metrofitting by Tony Fry

Jakarta is a slow disaster in process. Actions taken in its 'development' have layered risk upon risk. People already often die due to the extreme weather events it experiences. Slowly over the coming century, and beyond, the sea will claim the ...

Riawan Centre for Coastal and Marine Development, Institute of Technology Bandung, Bandung, Indonesia ABSTRACT: Jakarta is the capital city of Indonesia with a population of about 9 million people, inhabiting an area of about 660 km2.

The Application of Economic Techniques in Environmental Impact Assessment (2013)

Jakarta is a major port for domestic and international shipping. There are two main harbours with general berthing and loading facilities, as well as harbours specifically designed for the handling of fish and forestry products. No facilities exist ...

Despite such a statement, Jakarta is the least transparent of all of the jurisdictions compared in almost every aspect of the analytical framework although its FoI is the most transparent.

Jakarta is the chief gateway to Indonesia and Vayatour's home base. 4. Its attractions are abundant. 5. It is a contrast of modern western architecture and traditional Indonesia culture. 6. Those with an interest in Indonesian history and culture ...

Just as Indonesia is an archipelago nation of 17,000 islands, so its capital city Jakarta is an archipelago city of hundreds of islands. Not districts, but vertical atolls, in which the barrier is a series of skyscrapers surrounding green spaces as ...

Developments in an Asian Perspective by Hal Hill

North Jakarta is the major concentration, generating almost one-third of national output, while other large concentrations are found in the west and east of the city and across the border in Botabek. Bandung and surrounds are fairly minor ...

Jakarta in the Twentieth Century by Christopher Silver

Jakarta is the most populous city in Southeast Asia, the largest city in a nation and a region where cities account for less than half the total population. The rural village, not the urban neighbourhood, remains the dominant form of habitation and ...

Dean Forbes Jakarta is a mega-city which stands astride the economic, political, and (arguably) cultural landscape of Indonesia. As a center of finance and administration it is Indonesia's gateway to the global economy. However, its rapid and ...

Jakarta is the capital of Indonesia Asia is the biggest continent in the world.

JAKARTA. Jakarta is a large city on the northwest coast of Java*, formerly the capital of the Dutch East Indies* and now the capital of independent Indonesia*. Jakarta was a muddy fishing village when the Dutch established the fort of Batavia* ...

JAKARTA, LOCATED on the island of JAVA, is the capital of INDONESIA and serves as a gateway to the country.

The name Jakarta was applied to the city by Indonesian nationalists during World War II who fought the Dutch for national independence. Indonesian independence was declared in 1945, making the country one of the first of Europe's colonial ...

Betawis The Betawis, sometimes known as Orang Betawi or “People of Batavia,” are the descendants of the people living around the Dutch colonial capital of Batavia, modern Jakarta, the capital of Indonesia. The Betawis began to settle in the ...

Online dictionaries and encyclopedias with entries for Jakarta 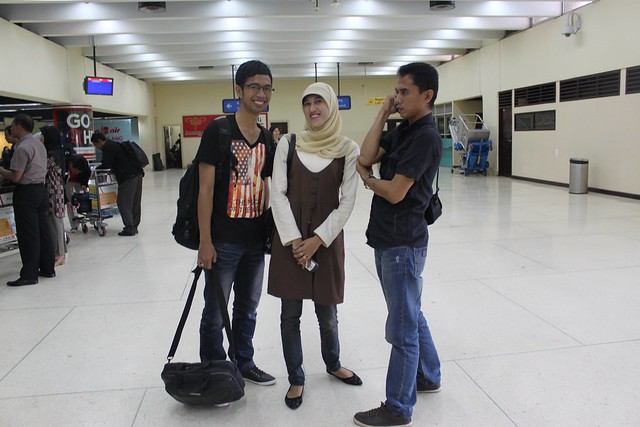 The value of this 7-letter word is 18 points, but it's not an accepted word in the Official Scrabble Players Dictionary.