Definition of the noun jinnah

What does jinnah mean as a name of something?

"Jinnah" is a 1998 epic biographical film which follows the life of the founder of Pakistan, Muhammad Ali Jinnah. It was directed by Jamil Dehlavi; and written by Akbar S. Ahmed and Jamil Dehlavi. The film was released in 1998 in the United Kingdom and Pakistan.

Jinnah is a fictional character from the 2007 film Kichamani MBA.

Printed encyclopedias and other books with definitions for Jinnah

then Jinnah is a national hero (in Pakistan).

Gazetteer of the Persian Gulf, 'Omān, and Central Arabia (1908)

JINNAH Also called Jazirat-al-'Amair jjUjJI ifj*. but this second name is ambiguous being borne by both Jinnah and Musallamiyah islands. Jinnah is an island a mile off ...

Gazetteer of the Persian Gulf: Geographical and Statistical (2v.) (1908)

but this second name is ambiguous being borne by both Jinnah and Musallamiyah islands. Jinnah is an island a mile off ...

Essays in Social and Cultural Criticism by Ruth Frankenberg

Mohammed Ali Jinnah is the archetypal representative of the Euro- peanized upper class in the film. Most of the Congress meetings take place ...

Zaheera Jinnah is an anthropologist and researcher at the African Centre for ...

Jinnah 's life was "ebbing away, drop by drop, breath by breath".49 At the Governor-General's residence there was no arrangement for a nurse, no local doctor ...

JINNAH 139 received excellent coverage in the numerous flourishing martial-arts magazines, which interested readers should consult, for example, Fighting Stars for April 1982, among many others. Jaguar Lives was released in Britain by ...

Originally associated with Muslim aristocracy during the period of British rule, the sherwani's connection to Pakistani identity and nationalism was established by Muhammad Ali Jinnah. Although today more common, the garment was first worn ...

The Encyclopedia of Politics and Religion (2013)

the future political system of India and to maintain territorial unity of the Indian state, by 1929 Jinnah produced the formula known as the Fourteen Points of Mr. Jinnah. The Fourteen Points included separate electorates for Muslims in the ...

Jinnah, on the other hand, maintained the exclusive right of the Muslim League to nominate all Muslim members of the interim government and would not accept that Congress might name a nationalist Muslim (such as Azad). The issue was ...

Online dictionaries and encyclopedias with entries for Jinnah 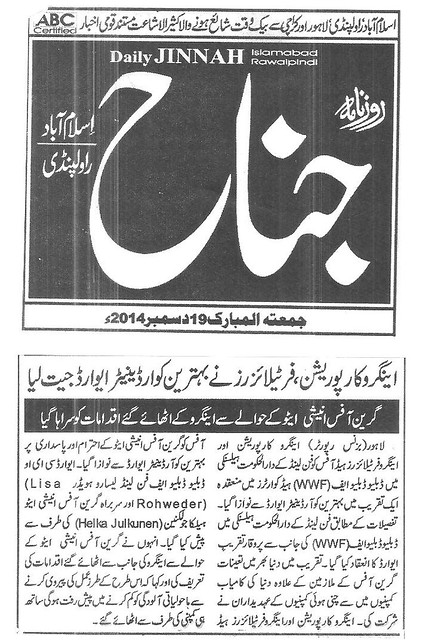 The man who taught us the meaning of freedom (Jinnah)

See also the blanagrams of Jinnah!

Go to the usage examples of Jinnah to see it in context!