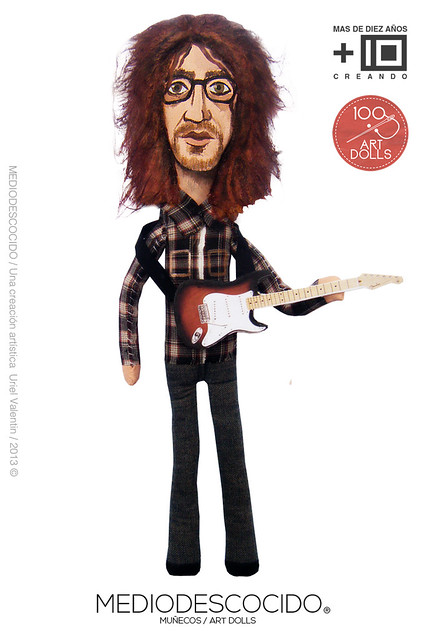 Who is John Frusciante?

John Frusciante: John Anthony Frusciante is an American guitarist, singer, songwriter, and producer. He is best known as the former guitarist of the rock band Red Hot Chili Peppers, with whom he recorded five studio albums, and of whom he was a member from 1988 until 1992 and again from 1998 until 2009. He has recorded with numerous other artists, including The Mars Volta, for whom he was a studio guitarist from 2002 until 2008; Josh Klinghoffer and Joe Lally, with whom he released two albums as Ataxia; and various collaborations with both Klinghoffer and Omar Rodríguez-López. Frusciante also has an active solo career, having released eleven solo albums and five EPs; his recordings include elements ranging from experimental rock and ambient music to new wave and electronica.

Printed dictionaries and other books with definitions for John Frusciante

John Frusciante is a master of this: ...

—John Frusciante —Albert Einstein —Frank McCourt —William Osler —Ralph Waldo Emerson There are many truths of which the full meaning cannot be realized until personal experience has brought it home. There is nothing so easy to learn as experience and nothing so hard to apply. —John Stuart Mill —Josh Billings There's a beauty to wisdom and experience that cannot be faked. It's impossible to be mature without having lived ...

Online dictionaries and encyclopedias with entries for John Frusciante

As far as my solo record, I don't want a gold record or anything, I'm happy to be small and to have the people appreciate the music who really like me for being me. (John Frusciante)
more quotes...