There are other places with Kagoshima in their name, like Kagoshima University.

Printed dictionaries and other books with definitions for Kagoshima

SATSUMA DOMAIN (KAGOSHIMA PREFECTURE). With its capital city at Kagoshima, Satsuma was a large, samurai-dominated domain led by the Shimazu clan. Satsuma adopted Western learning, manufacturing, and sciences —even before Commodore Matthew Perry arrived in Japan in 1853. In 1864, Satsuma began sending a few of its young samurai to England to study Western subjects. In addition to Satsuma's long-standing trade relations with the Ryukyu Islands and China, ...

Kagoshima Berkshire (SWJapan: Kagoshima prefecture) The prefecture of Kagoshima includes the northern or Satsunan islands of the Ryukyu archipelago – Osumi, Tokara and Amami –as well as the south-western tip of Kyushu. It raises more pigs than any other prefecture in Japan. When references are made to Japan's 'Black Pig' (kurobuta), the animal in question is not the indigenous and very rare na- tive Aguh (qv): it is the Berkshire, a traditional English breed. The Berkshire ...

The British then launched an attack on Kagoshima. From a ...

Online dictionaries and encyclopedias with entries for Kagoshima 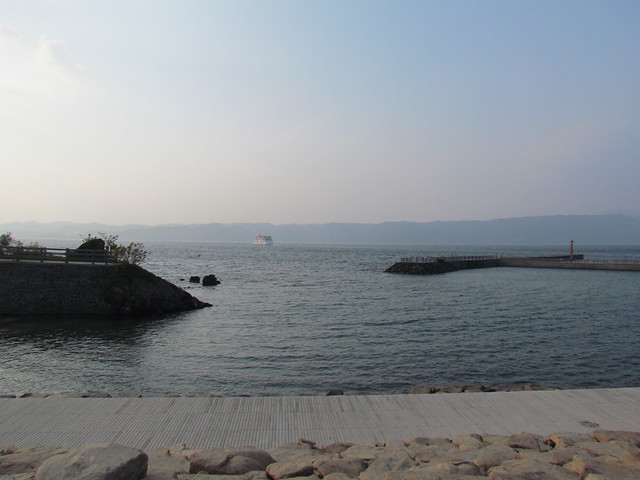