The word KHALSA can be typed using only the middle row of keys on a QWERTY keyboard.

Definition of the noun khalsa

What does khalsa mean as a name of something?

Alternative definition of the noun khalsa

The Khalsa is the collective body of all initiated Sikhs represented by the five beloved-ones and can be called the Guru Panth, the embodiment of the Guru and the final temporal Guru/leader of the Sikhs. The word Khalsa translates to "Sovereign/Free". Another interpretation is that of being "Pure/Genuine.” The Khalsa was inaugurated on March 30, 1699, by Guru Gobind Singh, the tenth Sikh Guru. From then on the temporal leadership of the Sikhs was passed on to the Khalsa with the bestowed title of "Guru Panth" and spiritual leadership was passed on to the Guru Granth Sahib with the Khalsa being responsible for all executive, military and civil authority in the Sikh society. The Khalsa is also called the nation of the Sikhs.

Printed dictionaries and other books with definitions for Khalsa

Faith in the Neighborhood: Belonging (2005)

1 The word Khalsa is a very special term of belonging for...

The Khalsa is a concept of perfect man. This is a balanced physical, mental and spiritual development. Khalsa is a saint soldier. The soldier symbolizes the physical development and discipline, while saint is represented by mental ...

Khalsa is the name conferred by Guru Gobind Singh upon a people knit together by faith in a common religious Scripture and religious preceptors, in a certain way of life, marked by the institution of the community kitchen or langar and a ...

This does involve enduring lots of pain as well because that is how and where we get tested and after all it is implemented to groom us a Spiritual Commandos called "Khalsa" - Khalsa means the 'pure divine soul';. Again, it doesn't confine to a ...

The Oriental Herald and Journal of General Literature (1829)

As the precise amount of the legitimate authority conferred by this grant has been the subject of much controversy and discussion, it may be useful to state, that Khalsa is a term used to designate lands of which the revenue was paid into the ...

Khalsa is an important paper, being the organ of the Sikh community, and its editor does not hesitate to publish extraordinary editorials. It has a large circulation. There are several interesting and well-edited native periodicals, published to ...

The Khalsa is the commonwealth of the Sikhs ; the word has for them a mystical meaning, salvation, equality, and government according to the principles of Guru Govind being implied.” – “Career of Major G. Broadfoot, pp. 218–19. Madras.

KHALSA : Khalsa which is derived from Khalis literally means pure. In Sikh thought, however, it refers to ...

Khalsa. [Hindi, from the Arabic khdlis, pure.] This term is applied to lands or villages over which no intermediate landlord exercises any right, but the revenue of which belongs solely to the state. See Unalienated. Thence it came to be the name ...

A Popular Dictionary of Sikhism (2005)

Sikhs of the same castegroup have adopted it in preference tothe Hindu name because ostensibly the link is with Sikh history andthe Dal Khalsa rather than caste. The traditional occupation isonewhich members should not followas it ...

Online dictionaries and encyclopedias with entries for Khalsa 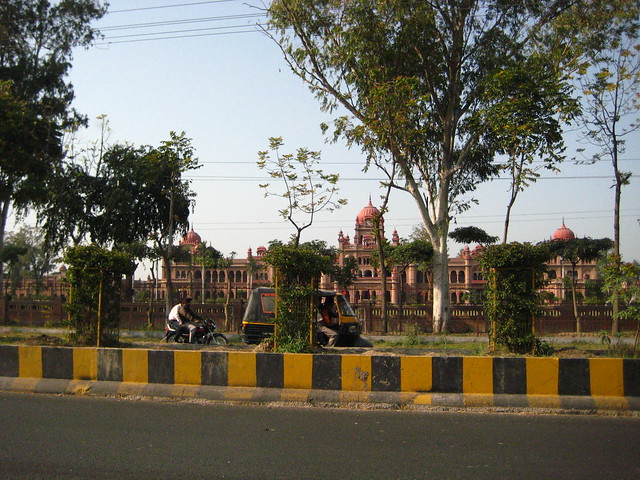 Couldn't select: You have an error in your SQL syntax; check the manual that corresponds to your MariaDB server version for the right syntax to use near 'Khalsa"" IN BOOLEAN MODE) LIMIT 1,1' at line 1