Definition of the adjective Kick-Ass

What does Kick-Ass mean as an attribute of a noun?

"Kick-Ass" is a 2010 British-American superhero film based on the comic book of the same name by Mark Millar and John Romita, Jr. The film was directed by Matthew Vaughn, who co-produced with Brad Pitt and co-wrote the screenplay with Jane Goldman. Its general release was on 25 March 2010 in the United Kingdom and on 16 April 2010 in the United States. It is the first installment of the Kick-Ass film series.

"Kick-ass" a.k.a. "Kick Ass" is the first of two books which highlight some of Carl Hiaasen's best columns in the newspaper Miami Herald. It was published in 1999, and followed by Paradise Screwed: Selected Columns.

"Kick-Ass" a.k.a. "Kick-Ass: The Game" is a beat 'em up video game developed and published by Frozen Codebase for iOS and PlayStation Network. It is based on the movie and comic book Kick-Ass.

Kick-Ass: Dave Lizewski is a fictional character in the 2010 film Kick-Ass.

Printed dictionaries and other books with definitions for Kick-Ass

Online dictionaries and encyclopedias with entries for Kick-Ass 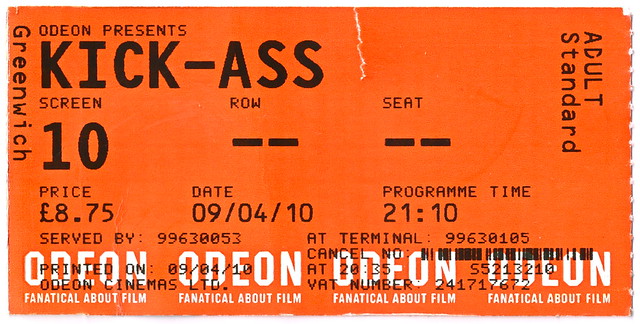 I don't particularly dislike any kind of person that might be reading my stuff. They like it and that's cool, but I don't do the work for any kind of group in particular, except for hobos, who just plain kick ass and light up my life. (Jhonen Vasquez)
more quotes about kick-ass...

Go to the usage examples of Kick-Ass to see it in context!