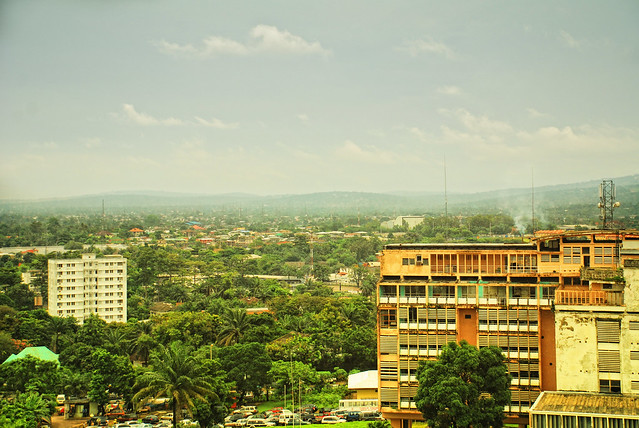 Kinshasa is the capital and the largest city of the Democratic Republic of the Congo. It is located on the Congo River.

Printed dictionaries and other books with definitions for Kinshasa

Kinshasa is a city of about 3,000,000 inhabitants, the largest city in Black Africa, and the administrative centre of the vast country that President Mobutu already considers the leader of Black Africa, and whose avowed intent is to make ...

My Battle to Save One of the World's Greatest Creatures by Lawrence Anthony, Graham Spence

Kinshasa is a city of contrasts, with small islands of affluence surrounded by an ocean of poverty. There are a few thousand wealthy ex-colonials, mainly Belgian, who remained and toughed it out after the civil wars that wracked the country in ...

Coast to Coast Across Africa by Joseph Hone

Besides, Kinshasa is a country in itself. All you need is money to discover it.

A Journey Up the Congo and Into Zaire by Helen Winternitz

Kinshasa is a city worthy of its fantastic location on a southern bank of the Congo River, just above the place where the river changes from a placid giant to a furious cataract plunging down through the Crystal Mountains to the Atlantic Ocean.

Trying to 'do' Kinshasa is a fruitless effort, as it often defies description: while academics, journalists and politicians describe it as a dead city, it is very much alive - in a different way. It is like a refugee camp with an infrastructure, ...

Kinshasa is a distant and abstract entity for many Congolese. A place of fascination and pleasure-seeking opportunities for some, it is a maelstrom of exploitation and corruption for others. As elsewhere in Africa, the degree of.

Historical Dictionary of the Democratic Republic of the Congo (2016)

Historical Dictionary of the Reformed Churches (2009)

river port and gateway into the interior of Africa from the start, as the middle section of the Congo is navigable even for today's large river barges from Kinshasa as far inland as Stanley Falls and the city of Kisangani (formerly Stanleyville), ...

The Mennonite Community headquarters are in the city of Tshikapa in West Kasai, but is best contacted through the Mennonite Central Committee in Kinshasa. In 2005, it reported 83,746 members. It has been a member of the World Council ...

Online dictionaries and encyclopedias with entries for Kinshasa