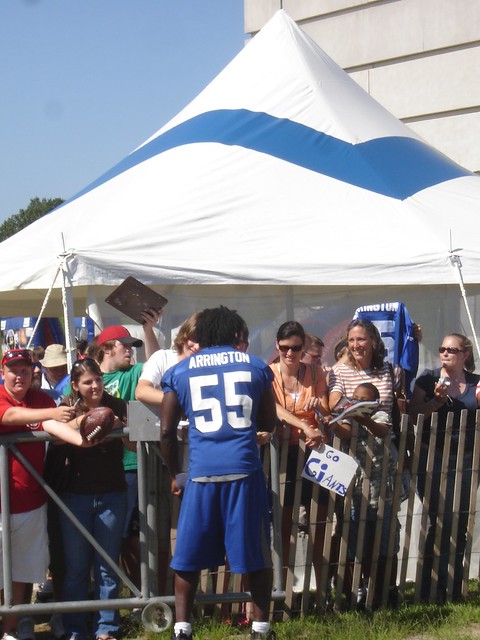 Who is LaVar Arrington?

LaVar Arrington: LaVar RaShad Arrington is a retired American football linebacker who played in the National Football League for seven seasons. He played college football at Penn State University, where he was a two-time All-American. He was drafted second overall by the Washington Redskins in the 2000 NFL Draft, and played professionally for six seasons for the Redskins and one for the New York Giants. He was a three-time Pro Bowl selection and three-time All-Pro selection.

Printed encyclopedias and other books with definitions for LaVar Arrington

Online dictionaries and encyclopedias with entries for LaVar Arrington