Definition of the noun lycia

What does lycia mean as a name of something?

Lycia was a geopolitical region in Anatolia in what are now the provinces of Antalya and Muğla on the southern coast of Turkey, and Burdur Province inland. Known to history since the records of ancient Egypt and the Hittite Empire in the Late Bronze Age, it was populated by speakers of the Luwian language group. Written records began to be inscribed in stone in the Lycian language after Lycia's involuntary incorporation into the Achaemenid Empire in the Iron Age. At that time the Luwian speakers were decimated, and Lycia received an influx of Persian speakers.

Lycia is a darkwave/gothic rock band that was formed in 1988, Tempe, Arizona, United States. The main personnel of the band are Mike VanPortfleet, Tara Vanflower, David Galas and John Fair. Although only achieving minor cult success, the band is notable for being one of the ground breaking groups in darkwave and ethereal wave styles. Their 1995 album The Burning Circle and Then Dust received some attention for the power pop hit song "Pray," and the album "remains a high point of American dark rock," according to Allmusic. Lycia's music is characterized by rich soundscapes and layers of echoed guitars, dark and ethereal keyboards, doomy drum machine beats, VanPortfleet's melancholic, whispered vocals and Vanflower's vivid voice. Trent Reznor and Peter Steele are some of their more well-known fans.

Lycia is a fictional character from the 1914 film The Beggar Child.

"Lycia" is a musical album of Christian Dörge.

Phrases starting with the word Lycia:

Phrases ending with the word Lycia:

View more phrases with the word Lycia in thesaurus!

Printed dictionaries and other books with definitions for Lycia

THE LYCIAN COAST Lycia is the heart of the Turquoise Coast. The rugged landscape dotted with pine forests and olive groves contrasts with stunning blue sea. While it's certainly not undiscovered territory, the lack of airports has limited ...

The Scientific and Literary Treasury: a new and popular Encyclopædia of the Belles Lettres, etc (1843)

-The Juniperus lycia is the plant which affords the true frankincense (olibanum). In ancient times it was in great repute as a medicine for affections of the head and breast; but it is now superseded by myrrh, &c. Juniperus sabina, or Savin, is a ...

A Dictionary of Arts, Sciences, Literature and General Information

was the only direct communication between Lycia and Pamphylia. The only two considerable riven arc: (1) the Xanthus, which descends from the central ...

LYCIA, in Ancient Geography, a country of Afia ...

LUTE LYCIA that "stubbornness" would be a more appropriate translation (Ps. 8 1 : 12), and sexual desire (Prov. 6:25). In the NT Gk. epithymia is now more often translated "desire" for what in general the KJV instead translates "lusts" (Mark ...

A Classical Dictionary ... A new edition, revised and considerably enlarged, by the Rev. T. Smith (1833)

Lycia, [a o of Asia Minor, in the south, bounded on the north-east by Pamphylia, on the west and north-west by the Carians, and on the north by Phrygia and Pisidia. The country was first named Milyas, and its earliest inhabitants seem to have ...

LYCIA, Ushl-a (Lat., from Gk. AvkU, Lykia). A country on the southwestern coast of Asia Minor, bounded on the northwest by Caria, on the north by Phrygia, on the northeast by Pisidia, and on the east by Pamphylia ( Map : Greece, Ancient, F 3).

Online dictionaries and encyclopedias with entries for Lycia 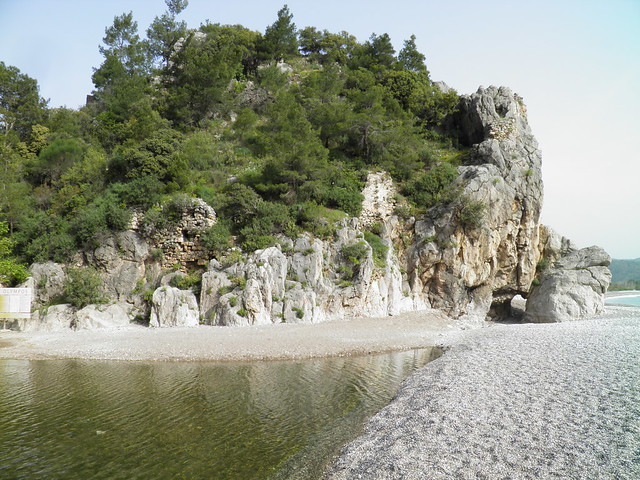 Video shows what Lycia means. An ancient region and Roman province in the southwest of Asia Minor, between Caria and Pamphylia. Lycia Meaning. How to ...

Thou art come at length
More beautiful
Than any cool god
In a chamber under
Lycia's far coast,
Than any high god
Who touches us not
Here in the seeded grass.
Aye, than Argestes
Scattering the broken leaves. (Hilda Doolittle)
more quotes about lycia...