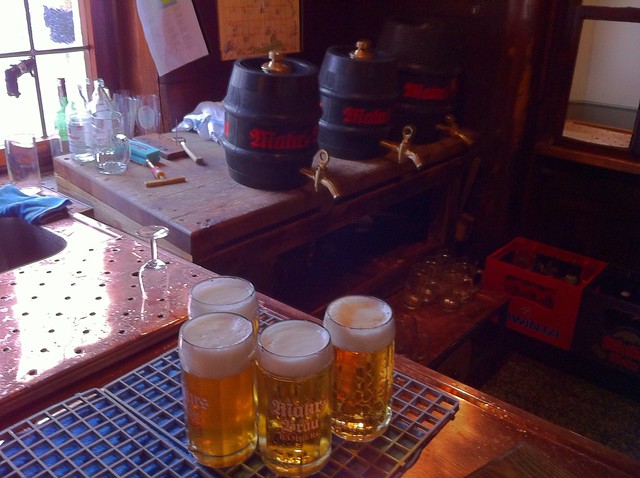 Definition of the noun Mahr

What does Mahr mean as a name of something?

Mahr: In Islam, a mahr is a mandatory payment, in the form of money or possessions paid by the groom, or by groom's father, to the bride at the time of marriage, that legally becomes her property. While the mahr is often money, it can also be anything agreed upon by the bride such as jewelry, home goods, furniture, a dwelling, some land. Mahr is typically specified in the marriage contract signed during an Islamic marriage.

Printed dictionaries and other books with definitions for Mahr

The Dynamics of Middle Eastern Family Law by Nadjma Yassari

The mahr is a potentially powerful instrument for securing financial support in several respects.

The mahr is an absolute right of the wife and not linked to the question of fault, and is therefore due even in cases where the wife has breached ...

The history of a family enterprise since 1861 by Udo Hinz, Thomas Keidel, Rita Seidel, Jan Strümpel

We don't just sell a product – Mahr is a customer-focused company. We show an interest in our customers' wishes and needs and continue to support them after the sale has been completed. Service, problem-solving and advice are all part of ...

The Land of the Imams. A Narrative of Travel and Residence, 1871-1885 by James Bassett

Mahr is a small village, but apparently well supplied with water. The mountains on the north of it are high and precipitous. It is said that these hills are rich in ores, and that turquois have been found among them. The ride of five farasangs from ...

On War & Women: Operation Enduring Freedom's Impact on the Lives of Afghan Women (2016)

Mahr is a mandatory part of the Muslim marriage that is mandated by the Quran ( Mahr, 2015). It is a monetary payment or issuance of possessions such as jewelry, furniture, home, or land that is paid by the groom or groom's father paid to the ...

The mahr is an Islamic convention with a fixed meaning according to sharii⊂a laws which stipulate that a groom's father...

Encyclopædia of Religion and Ethics: Hymms-Liberty (1915)

Then the dowry is called mahr musammd. According to the Shafi'ites, it is tunnah to fix the amount of the dowry In this way, the parties not being bound by legal regulations concerning the amount, except that it is necessary that the amount of ...

A Dictionary of Gods and Goddesses, Devils and Demons (2015)

Mahr. (Polish mora, Bulgarian morava) A word shared by Slavs and Germans for a demonic being similar to the —» Alp. One of the earliest references to it is in the Old Icelandic historical work, the Heimskringla, where we are told of a king who ...

MAHR. The dowry, in pre-Islamic times a bride price given to the father or oldest male relative .

Encyclopedia of Women and Islamic Cultures (2003)

As a counter strategy, increasingly husbands are demanding much more than the mahr, assuming they do not refuse the divorce outright. In some ethnic groups, such as the Pashtuns and Persians, a bride's family will tend to demand a more ...

Online dictionaries and encyclopedias with entries for Mahr

Video shows what mahr means. A mandatory gift from the groom to the bride upon marriage in Islamic cultures.. Mahr Meaning. How to pronounce, definition ...