Definition of the noun mainstream

What does mainstream mean as a name of something?

Alternative definition of the noun mainstream

Definition of the adjective mainstream

What does mainstream mean as an attribute of a noun?

Mainstream were a British shoegazer band, briefly famous in the late 1990s. They were formed by Mewton, Hartnell and Neill. Later they were joined by Peter Mullaney and later still Mark James Aviss. After performing several successful gigs they attracted label interest. Immediately prior to signing with nude Peter Mullaney, for various reasons departed, later to be replaced with Greg Cook. Signed to Suede's label Nude Records in early 1995 and produced one album in 1998. The band comprised Anthony Neale, James Hartnell, Conrad Mewton, Greg Cook and Mark James Aviss.

"Mainstream" is a book by James Simmons.

Printed dictionaries and other books with definitions for Mainstream

First, and foremost the commercial mainstream is a place of capital accumulation and only coincidently does it have anything to do with creativity, diversity and access. Hence it is a battleground for profit-hungry entertainment conglomerates ...

Economics as If All People Mattered by Lourdes Beneria, Günseli Berik, Maria Floro

The choices of each of them underlie the operation of markets, which for the mainstream is the key institution for the promotion of human well-being, understood in terms of consumption of goods and services. The discipline's defense of this ...

The mainstream is a trope which, once prised open, reveals the complex and cryptic relations between age and the social structure. The mainstream is the entity against which the majority of clubbers define themselves. Can the mainstream be ...

Mainstream is the common current thought of the majority. It includes all popular culture and media culture, typically disseminated by mass media. The opposite of the mainstream are subcultures, countercultures and cult followings.

The power of knowledge for social change by Craig Johnson

Attheheartofthis mainstream is a wider trendof positivism, methodological individualism and formal modelling thathascometo dominate Americanpolitical science (a discipline that is home to leading figures in thefield, including Elinor Ostrom, ...

Transforming Your Life in the Face of Death by Carolyn Conger

The reason energy work has entered the mainstream is that no matter what we believe about it, anecdotal experience has shown that people benefit from receiving it. Whether it's spiritual energy, a balancing of the chakras, or merely a ...

How The United States Created A Monster! by KS Cramer

The worst part of America's newly found acceptance of minority participation in America's mainstream is the fact that the unprepared African American is being left out and replaced by workers from other nations in productive and meaningful ...

Mainstream——111 distinctiveness, autonomy, and educational rights (Webster, 1997). The term macroculture is frequently favored over majority or dominant culture. The macroculture in the United States may be described as Anglo- Western ...

Historical Dictionary of the Baptists (2009)

MAINSTREAM BAPTIST NETWORK 9 361 spiritual decline in the BU, and somewhat as a successor to the Baptist Revival Fellowship, a group of pastors and educators (many of whom were associated with Spurgeon's College) took to ...

Mainstream. Programs. The Individuals with Disabilities Education Act (IDEA) sets forth that a continuum of placement ...

Yet research shows that ordinary blog writers rarely challenge mainstream news media's narrow range of topics and sources. In much the ...

MAINSTREAM CORRIENTE (TEATRO, CULTURA), DOMINANTE Mainstream culture is the culture addressed to the general public. This Anglo-American term ' is used for a medium, a TV programme or a cultural product that aims to gain a ...

Online dictionaries and encyclopedias with entries for Mainstream 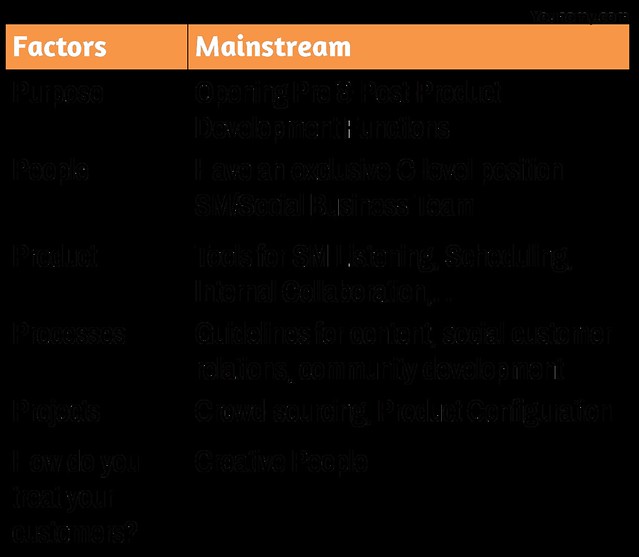 Democrat leaders are not only out of the American mainstream, but are also out of the Democratic mainstream. (Virginia Foxx)
more quotes about mainstream...