Definition of the noun Malta

What does Malta mean as a name of something?

Malta, officially the Republic of Malta, is a Southern European island country comprising an archipelago of seven islands in the Mediterranean Sea. It lies 80 km south of Sicily, 284 km east of Tunisia, and 333 km north of Libya. The country covers just over 316 km², making it one of the world's smallest and most densely populated countries. The capital of Malta is Valletta, which is also, at 0.8 km², the smallest capital in the European Union. Malta has two official languages: Maltese and English.

Phrases starting with the word Malta:

Phrases ending with the word Malta:

Printed dictionaries and other books with definitions for Malta

Malta is an important actor in the processes of Mediterranean cooperation such as the EuroMediterranean Partnership and other...

Overview of the political landscape Malta is a republic and its highest democratic institution is the unicameral ...

Sourcing and Outsourcing to a Global Workforce by Erran Carmel, Paul Tjia

Malta is a typical Mediterranean country but with a difference: because of its long historical association with Britain, there is a very good command of the English language. Many Maltese also speak Italian, French, or German. Although it is in ...

EH3 a T F Malta is a Mediterranean island. b T F Malta is an excellent place to spend a summer holiday. c T F It is difficult to travel from one part of the island to another. d T F There are many festivals throughout the year. e T F Everyone in ...

Malta is a Party to the 1996 “Protocol for the Protection of the Mediterranean Sea against Pollution from Land Based Sources and Activities”. This Protocol, known as the LBS Protocol, was adopted on 17th May 1980, by the Conference of ...

Malta is a colony not indeed with responsible government but with representative institutions. Its Legislative Council contains 13 “so-called” elected members, and only six official members, and 10 of the 13 are elected on a low franchise by ...

&quot;After our escape we learned that the island is called Malta. And the natives showed us no ordinary kindness, for they lit a fire and brought us all to it, because of the rain which had set in and the ...

MALTA is an island of the Mediterranean sea, between Africa and Sicily, ao miles m length, and it in breath ; much therefore about the size of our Isle of of Wight. Formerly it was reckoned a part of Africa, ...

Unlike BirdLife Cyprus, BirdLife Malta has succeeded in enlisting prominent citizens, including the owner of the Radisson Hotel group, in a media campaign called “Reclaiming YOUR Countryside.” Malta is a two-party country, however, and ...

Fragments of Italy and the Rhineland (1841)

MALTA is a most extraordinary island, a mass of stone piles, glaring beneath the perpetual sun, without a single tree to interpose the relief of its verdure, excepting in the private gardens. Valetta, Floriana, and Vittoriosa, are the principal towns, ...

Malta is a special case due to its small size; it represents 0.01 per cent of the territory of the twentyeight countries and 0.08 per cent of the overall population. Maltese levels of alcohol, tobacco, and cannabis consumption are significantly below ...

A relatively tiny country with a population of less than half a million inhabitants, Malta is a fast-growing economy, where GDP has been increasing at around 3.7 per cent annually since 1995. Similar to other small, yet rapidly developing ...

of Cape Bon in Algeria, and from the enormous strength of its fortifications — Disraeli called it ' the little military hothouse ' — Malta is one of the most important of the British dependencies. It is the headquarters of the British Mediterranean ...

3 MALTA Valerie Sollars NATIONAL PROFILE The Maltese archipelago consists of a group of five islands, two of which are inhabited. According to the demographic review of the National Statistics Office (2006), the population of the Maltese ...

Having then been taken by the British, Malta was due to be reassigned to the Knights under the AMIENS TREATY of 1802. Local protests against this move made it easier for Britain to insist on a formal transfer of sovereignty from France in ...

Online dictionaries and encyclopedias with entries for Malta 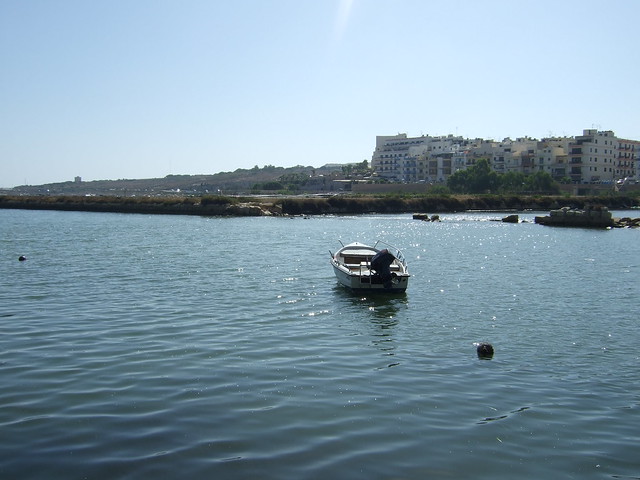 View more videos about Malta Island and Republic of Malta.

Malta is my home and Malta is my love,
And I've got the birds at the coast to great you all;
But like the muse of your love,
You will always meet me at the coast as your tourist guide. (Edward Kofi Louis)
more quotes about malta...

See also the blanagrams of Malta!

Go to the usage examples of Malta to see it in context!