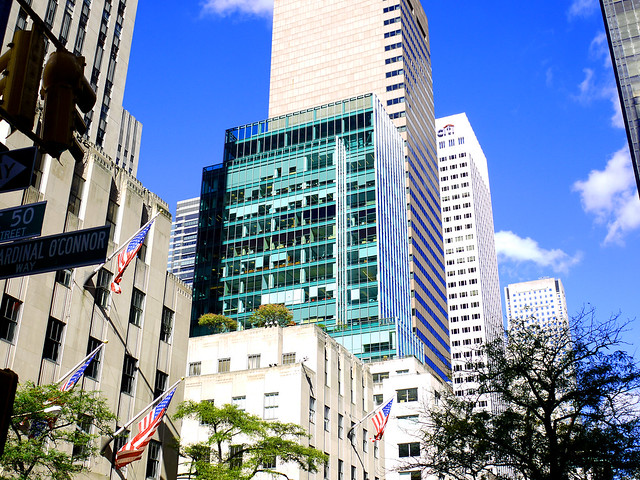 New York City: New York – referred to as New York City or the City of New York to distinguish it from the State of New York, of which it is a part – is the most populous city in the United States and the center of the New York metropolitan area, the premier gateway for legal immigration to the United States and one of the most populous urban agglomerations in the world. A global power city, New York exerts a significant impact upon commerce, finance, media, art, fashion, research, technology, education, and entertainment. Home to the headquarters of the United Nations, New York is an important center for international diplomacy and has been described as the cultural and financial capital of the world.

Printed encyclopedias and other books with definitions for New York City

NEW YORK CITY TEACHERS STRIKE The New York City teachers strike of 1960 was a landmark event that led to the first collective bargaining agreement for public schoolteachers in a major US. city. It provided inspiration for teachers in ...

Online dictionaries and encyclopedias with entries for New York City

Some of us claim that New York City is the capital of the country, indeed the capital of the world. Now, that may be a bit much for those who don't come from New York, but clearly we are an important city for reasons of our cultural advantages. (David Dinkins)
more quotes...