Definition of the noun niger

What does niger mean as a name of something?

Niger, officially the Republic of Niger, is a landlocked country in Western Africa, named after the Niger River. Niger covers a land area of almost 1,270,000 km², making it the largest nation in West Africa, with over 80 percent of its land area covered by the Sahara desert. The country's predominantly Islamic population of 17,138,707 is mostly clustered in the far south and west of the nation. The capital city is Niamey, located in the far-southwest corner of Niger.

View more phrases with the word Niger in thesaurus!

Printed dictionaries and other books with definitions for Niger

niger is a distinct lineage. More recent analyses of mitochondrial DNA data supported the allozyme analyses and identified another ...

Niger is a small-seeded crop and seed rates vary from 5 to 10 kg/ha in Ethiopia and from 5 to 8 kg/ha in India. The crop compensates...

Processing And Storage by Babasaheb B. Desai

Niger is a stout, erect, moderately branched annual herb, about 1 m in height, with attractive yellow flowers. The leaves are opposing (sometimes alternate on the upper stem), sessile, lanceolate, and softly hairy on both surfaces. The flowers ...

Aspergillus niger or A. niger is a fungus and one of the most common species of the genus Aspergillus. It causes a disease called black mold on certain fruits and vegetables such as grapes, onions, and peanuts, and is a common contaminant ...

“Aspergillus niger is a mould that is rarely reported as a cause of pneumonia. A 72-year-old female with chronic obstructive pulmonary disease and temporal arteritis being treated with steroids long term presented with haemoptysis and ...

The Complete Idiot's Guide to the Roman Empire (2001)

The Lapis Niger is a fragmented stone pyramid dating to the period of the Kings ( sixth century B. C. E.) with inscriptions concerning ritual law and practice. Twelve Tables: These were law codes originally written on wood and later inscribed in ...

An Introduction to Genetic Engineering (2016)

Aspergillus niger or A. niger is a fungus and one of the most common species of the genus Aspergillus. It causes a disease called black mold on certain fruits and vegetables such as grapes, onions, and peanuts, and is a common contaminant ...

Niger: Fifth Review Under the Three-Year Arrangement Under the Poverty Reduction and Growth Facility, and Requests for Modification of Performance Criterion and Extension of Arrangement--Staff Report; Staff Statement Press Release on the Executive Board Discussion; and Statement by the Executive Director for Niger (2004)

Exchange Arrangements: Niger is a member of the West African Economic and Monetary Union (WAEMU). The exchange system, common to all members of the WAEMU, is free of restrictions on the making of payments and transfers for ...

Urbanism and the Self-organizing Landscape by Roderick J. McIntosh

Historical Eco1ogy The Middle Niger is a landscape of mystery folded upon mystery - mysterious, that is, for those approaching its study from a purely functional, deterministic, and reductionist perspective. The mystery lies in the other, the ...

Why the World Still Goes Hungry by Jean Ziegler

Niger is a magnificent country in the Sahel extending over nearly 1.27 million square kilometers (about half a million square miles), home to some of humanity's most splendid cultures, including those of the Djerma, Hausa, Touareg, and Fula ...

Aspergillus in the Genomic Era (2008)

by János Varga, Robert A. Samson

niger is an industrially important fungus and occasionally an opportunistic human pathogen. Aspergillus section Nigri consists of several presumably asexual species next to A. niger, including e.g. A. tubingensis, ...

Comprising an Accurate and Popular View of the Present Improved State of Human Knowledge : Illustrated with Upwards of 150 Elegant Engravings. N - R by William Nicholson

Political instability was aggravated by ethnic unrest, which followed the return to northern Niger in the late 1 980s of large numbers of Tuareg nomads who had migrated to Libya and Algeria to escape the Sahelian drought. Fighting with the ...

Online dictionaries and encyclopedias with entries for Niger 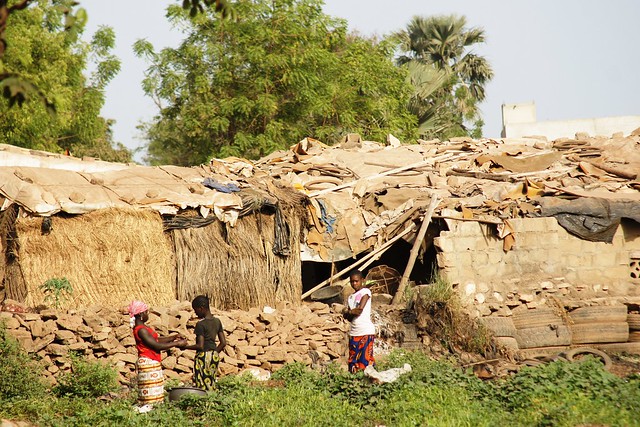 A proverb is the horse of conversation: when the conversation lags, a proverb revives it.
more quotes about niger...