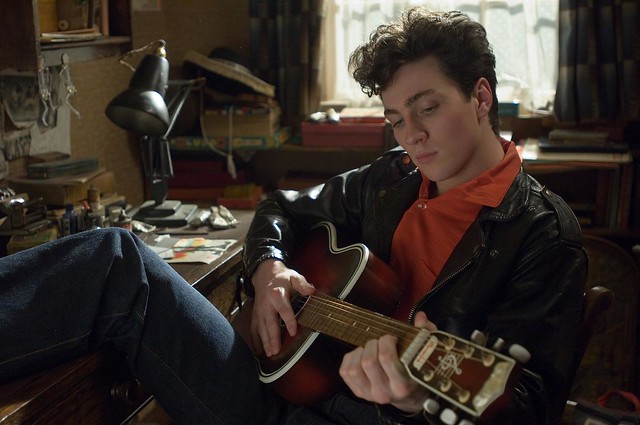 "Nowhere Boy" is a 2009 British biopic about John Lennon's adolescence, his relationships with his guardian aunt and his mother, the creation of his first band, the Quarrymen, and its evolution into the Beatles. The film is based on a biography written by Lennon's half-sister Julia Baird. The film received its US release on 8 October 2010, coinciding with that weekend's celebrations of the 70th anniversary of Lennon's birth.

Online dictionaries and encyclopedias with entries for Nowhere Boy