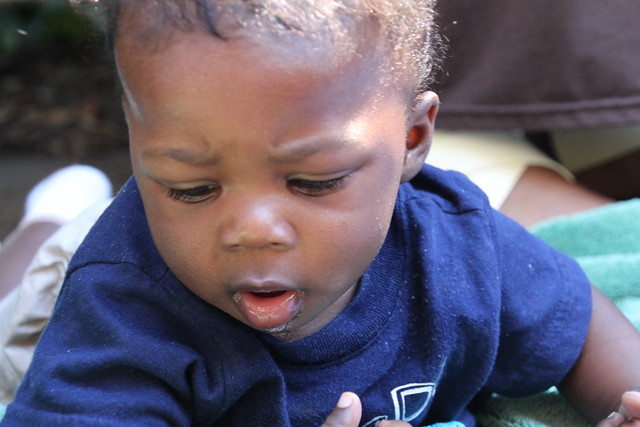 Definition of the noun octavian

What does octavian mean as a name of something?

Octavian a.k.a. Augustus was the founder of the Roman Empire and its first Emperor, ruling from 27 BC until his death in 14 AD.

Octavian was a British Thoroughbred racehorse and sire best known for winning the classic St Leger Stakes in 1810. Despite suffering from hoof problems he was beaten only twice in a nine race career which lasted from April 1810 until September 1812, and which was conducted entirely in Yorkshire. Apart from his classic success, his most important win came in 1812, when he won a division of the Great Subscription Purse at York. He was retired to stud, where he had an early success by siring the St Leger winner Antonio, but his subsequent record was disappointing. Octavian died in 1833 at the age of twenty-six.

Octavian is a 14th-century Middle English verse translation and abridgement of a mid-13th century Old French romance of the same name. This Middle English version exists in three manuscript copies and in two separate compositions, one of which may have been written by the 14th-century poet Thomas Chestre who also composed Libeaus Desconus and Sir Launfal. The other two copies are not by Chestre and preserve a version of the poem in regular twelve-line tail rhyme stanzas, a verse structure that was popular in the 14th century in England. Both poetic compositions condense the Old French romance to about 1800 lines, a third of its original length, and relate “incidents and motifs common in legend, romance and chanson de geste.” The story describes a trauma that unfolds in the household of Octavian, later the Roman Emperor Augustus, whose own mother deceives him into sending his wife and his two newborn sons into exile and likely death. After many adventures, the family are at last reunited and the guilty mother-in-law appropriately punished.

Printed dictionaries and other books with definitions for Octavian

The correspondence of M. Tullius Cicero (1899)

arranged according to its chronological order; with a revision of the text, a commentary, and introductory essays on the life of Cicero and the style of his letters by Marcus Tullius Cicero

Octavian is the chief actor, and the fault ...

Octavian: Octavian is a 14thcentury Middle English verse translation and abridgement of a mid 13th century Old French romance of the same name. This Middle English version exists in three manuscript copies and in two separate ...

by Elizabeth A. McCabe

Octavian is the victor in this battle. In the next year, 30 BC, Antony and Cleopatra commit suicide and Cleopatra's son, ...

Encyclopedia of Women in the Ancient World (2001)

Romans also questioned whether Caesarion was indeed Caesar's son, for Octavian—Caesar's heir—would have much preferred if the child did not exist. All this came to a head in 32 B.C. when Antony formally divorced Octavia. War broke out ...

They divided Rome's dominions among themselves: Octavian retained Rome, Africa, Sardinia, and Sicily; Antony received Gaul; and Lepidus was given Spain to govern. Together, they then destroyed the last republican opposition, ...

Online dictionaries and encyclopedias with entries for Octavian