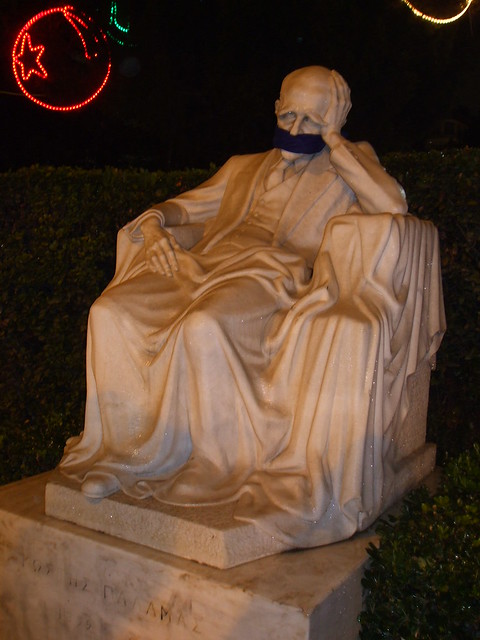 Palamas is a town and a municipality in the Karditsa regional unit, Greece. Population 16,726. Palamas is located south-southwest of Larissa, the capital of Thessaly, northwest of Lamia, north of Sofades, east-northeast of Karditsa and east-southeast of Trikala. Palamas is linked with the road linking Karditsa and Larissa. It also serves roads with the GR-6 and Sofades. The Pineios River is to the north as well as the Trikala regional unit.

Printed encyclopedias and other books with definitions for Palamas

Gregory Palamas is a leading fourteenthcentury Byzantine theologian. The belief that the Holy Spirit proceeds “from the Father alone” was one Byzantine response to the filioque controversy with the Western church. It fits in this passage ...

The Encyclopedia of Christian Literature (2010)

Gregory Palamas—Byzantine monk, theologian, and archbishop of Thessalonica—was one of the eminent theologians in ...

Palamas held that the light was not the essence, but the energy of God, and so the belief was not polytheistic. Other councils were called one of which, in 1531, again pronounced in favor of the monks, through the influence, it was said, of the ...

Online dictionaries and encyclopedias with entries for Palamas

Palamas Gagged for a Free Belarus