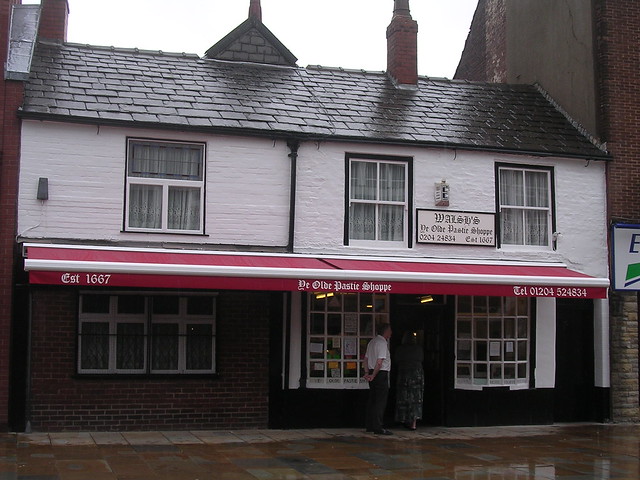 Definition of the noun Pastie

What does Pastie mean as a name of something?

Pastie: A pastie is a large to medium sized round battered pie common to Northern Ireland. Generally served with chips to form a "pastie supper", or in a bap as a "pastie bap", it is a common staple in most fish and chip shops in the country.

Printed dictionaries and other books with definitions for Pastie

US Pastie is a handy little app that lets you save commonly used expressions and messages — called “pasties” — for use in e-mail or SMS messages. You can also copy pasties to the clipboard to use in any iPhone app that supports ...

Full many a pastie hast thou lettin T 2 JACK. JACKANAPES. 275.

The pastie was so-called because of the supposed resemblance of the moulded- soled, heavily stitched shoe to the meat and vegetable savoury. corpse vb British 1.

A Dictionary in English and Latine ... Recognized by Dr. Evans ... and then by W. Clerk. And now at this last impression enlarged, etc (1634)

The pastie [sic] was so-called because of the supposed resemblance of the moulded-soled, heavily stitched shoe to the meat and vegetable savoury', Tony Thorne, Dictionary of Contemporary Slang ( ). The culinary use ofpasty usually ...

Other examples include face like the northbound end of a southbound cow, face like a dropped pie and face like a half eaten pastie. face like a festered pickle A description of someone who is suffering from acne. face plant A heavy fall from a ...

Online dictionaries and encyclopedias with entries for Pastie

Video shows what pastie means. An item worn by strippers to conceal the nipples.. pastie pronunciation. How to pronounce, definition by Wiktionary dictionary.