Distribution of usage frequency for the most common synonyms of the noun pawl:

Definition of the noun pawl

What does pawl mean as a name of something?

Alternative definition of the noun pawl

Definition of the verb pawl

What does pawl mean as a doing word?

Pawl is a fictional character from Thunderbirds 2086.

Printed dictionaries and other books with definitions for Pawl

A pawl is a hinged or pivoted component that engages a toothed wheel or rod to provide rotation or movement in one direction while preventing it in the opposite direction. 200 Quite a bit of variety exists in the specific linkage used on different ...

The engagement pawl is the larger sickle-shaped piece above it and the governor lockout mechanism. illustrates the apply forces from the cam mechanism. You can see how the input torque is used to separate the camshaped housing.

However, San Pawl is the most important statue carried during the year, and it is carrying the statue of St Paul that many of the younger denizens of Ghand Lawrenz aspire to. The bar is the unofficial clubhouse of the Pawlini (Paulites).

The Complete Idiot's Guide to Bike Maintenance and Repair (2001)

The Spoken Word A pawl is a spring-controlled catch that is designed to wedge into or catch the teeth of a ratchet wheel to push it forward or prevent it from going in reverse. A ratchet wheel is a toothed gear meant to move in one direction.

Specifications and Drawings of Patents Issued from the U.S. Patent Office (1878)

Extending from the base of the pawl is the lug e, which is grooved so as to retain the spring f, which presses ...

A Grammar and Dictionary of the Lushai Language (Dulien Dialect) (1898)

The terms pawl, click, pallet, have therefore special significations, indicating relation or function. Fig. 4173 is a device of this kind, designed to prevent reverse mo- Fig. 4173. tion of the shaft in sewing and other machines. It is so arranged that, ...

Online dictionaries and encyclopedias with entries for Pawl 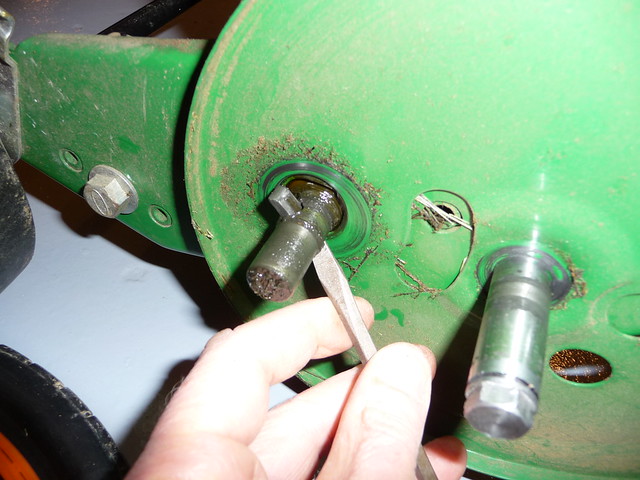 Video shows what pawl means. A pivoted catch designed to fall into a notch on a ratchet wheel so as to allow movement in only one direction (e.g. on a windlass ...

See also the blanagrams of Pawl!

Go to the thesaurus of Pawl to find many related words and phrases!