Distribution of usage frequency for the most common synonyms of the noun pith:

Definition of the noun pith

What does pith mean as a name of something?

Definition of the verb pith

What does pith mean as a doing word?

Alternative definition of the verb pith

Printed dictionaries and other books with definitions for Pith

Rout Regional Research Laboratory Bhubaneswar-75l 0l3 ABSTRACT Coconut pith is a waste material produced during extraction of coir fibre from its husk. For every ton of fibre about two tones of coir ...

Proceedings of the Twenty-Fifth Symposium on Biotechnology for Fuels and Chemicals Held May 4–7, 2003, in Breckenridge, CO (2004)

The pith is that port ion of the apple which (except for the region of capillary tissue ) immediately surrounds the seed cavities and, roughly speaking, constitutes a large part of what is generally called the core. Enveloping the phit is the cambial ...

The pith is that portion of the apple which (except for the region of capillary tissue ) immediately surrounds the seed cavities and, roughly speaking, constitutes a large part of what is generally called the core. Enveloping the phit is the cambial ...

Proceedings of the National Conference on Utilization of Bioresources (2002)

Coconut pith is a waste material obtained during extraction of coir fiber from its husk. It has high water retention capacity and contains major and micronutrients, which are helpful for soil fertility. Flyash, another industrial waste generated from ...

The American Journal of Science and Arts (1840)

Immediately surrounding the pith is the medullary sheath. Whilst the former is composed of cellular tissue, the latter consists of spiral vessels and ducts. The office of the medullary sheath is not well understood. Lindley, who believed it to be in ...

In Two Parts. Vegetable anatomy and physiology. Descriptive botany, arranged on the natural system, preceded by an analysis by John Darby

The pith is the central portion of the stem commencing at its base and extending through it and through every branch, terminating in the ...

The Pith is a tolerably firm juicy substance, which is diffused through the inner part of the stalk, to give energy and vigour to the whole; it is abundant in young plants, diminishes as they grow up, and at length totally disappears. The Sap is the ...

Containing the Best and Newest Methods of Cultivating and Improving the Kitchen, Fruit, Flower Garden, and Nursery .... A - L by Philip Miller

The Pith is the inward central Part of a Tree or Plant, answering to the Medulla, or Marrow of an Animal. As for its Substance, it consists of little transparent Globules , chained or linked together, somewhat like the Bubbles that compose the Froth ...

The pith is a porous, spongy bone, whose cells are covered with an unctuous matter and filled with numerous small blood vessels, is overspread with a thin membrane, appears firmly united to the head, and in a healthy animal completely fills ...

PITH, n. p1th '' pidha; Dut. pit; Low Ger, peddi/. picke, pith, kernell: the soft spongy substance in the centre of plants and trees (see below): the best of a thing; strength; force; closeness and vigor of thought and style; summary; applied to the ...

It is an upright shrub, 4 to 5 feet in height, with spreading branches, yellowish with lamellate pith, and cylindrical, hairless branchlets. The broad-ovate, toothed or almost toothless leaves terminate in short points. They are 1VS to 3Vi inches ...

Citrus pith is rich in (1) bioflavonoids, and (2) pectin, a gelling agent and an ingredient in diarrhea remedies.

However, the natives of New Guinea have long used the starchy pith of sago palms to make a flour and "pearls" which resemble ...

PITH HELMET Pith helmet is the popular name for a lightweight crown-and-brim hat originally made from the dried...

Pith helmets were worn by native warriors during the 1850s Bengal Mutiny and Sepoy Rebellion against English overlords.

The inner vessels of the primary fibro-vascular bundles immediately surround the pith and often project into it, and form what is termed the medullary sheath, which consists of spiral vessels, and through this sheath the primary medullary rays ...

Online dictionaries and encyclopedias with entries for Pith 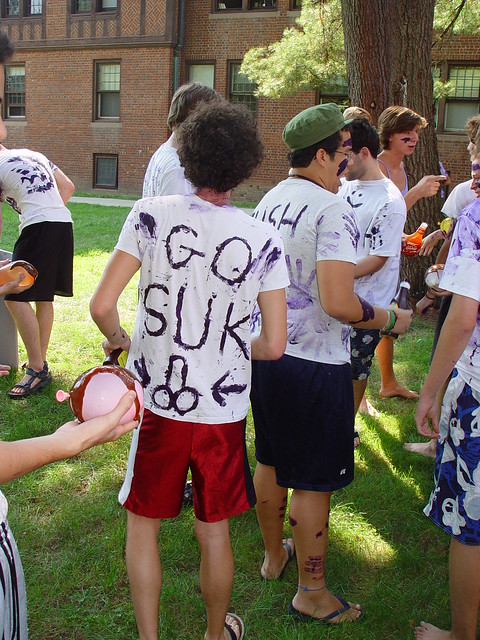 Video shows what pith means. The soft spongy substance in the center of the stems of many plants and trees.. The spongy interior substance of a feather.

Pith's good in a play.
more quotes about pith...

See also the blanagrams of Pith!

Go to the usage examples of Pith to see it in context!