Definition of the noun Portugal

What does Portugal mean as a name of something?

Portugal, officially the Portuguese Republic, is a sovereign nation-state in Europe. It is located on the Iberian Peninsula, and it is the westernmost country of mainland Europe, being bordered by the Atlantic Ocean to the west and south and by Spain to the north and east. Aside from continental Portugal, the Portuguese Republic holds sovereignty over the Atlantic archipelagos of Azores and Madeira, which are autonomous regions of Portugal. The country is named after its second largest city, Porto, whose name derives from Latin "Portus" and the Celtic place-name "Cale".

Printed dictionaries and other books with definitions for Portugal

Portugal is a special case in this regard: although it is a European and a Western country, it has not throughout its history definitively been considered by its neighbors or considered itself fully a part of Europe; and although by many ...

Coastal Erosion and Protection in Europe (2013)

m Portugal Oscar Ferreira and Ana Matias Introduction Coastal erosion in Portugal is a complex issue that relates not only to its main causes, but also to a number of other factors, namely the inherited phys— iographic coastal characteristics, ...

INTRODUCTION Portugal is an old European country, independent since the 12th century and situated on the Atlantic...

Politically, Portugal is a democratic state based on the rule of law and a member of the European Union since 1986.

Although Portugal is a member of both NATO and the EU, it has maintained close links with ex-colonies and Portuguese speaking countries such as Angola and Brazil. Portugal maintains strong security relations with the US and both countries ...

Portugal is a country of emigration by tradition. The authorities are aware that industry, although undergoing a considerable development, is unable to absorb the demographic increase and the large manpower surplus existing in agriculture .

The trade and navigation of Great-Britain (1750)

Portugal is a perpetual instrumentfar t< weakening Spain. the Venetians and people of Italy tt are wise, to reduce them to our intention, ...

The old idea of connecting the two largest territories in Africa upon which Portugal laid its claims, Angola and Mozambique, was taken up. Several overland expeditions between the Angolan hinterland and the southeastern African coast took ...

Online dictionaries and encyclopedias with entries for Portugal 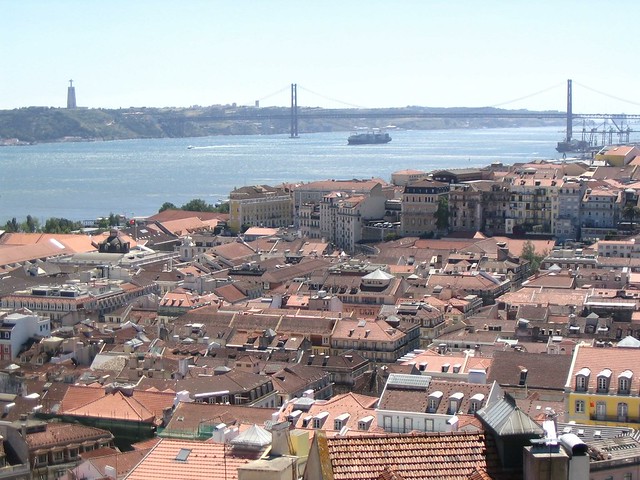 Soon after I was born, my parents moved to the South Florida area, and I've lived here ever since (with a few years of living in both Portugal and Brazil in my younger days). (Joe Tex)
more quotes about portugal...

See also the blanagrams of Portugal!

Go to the usage examples of Portugal to see it in context!