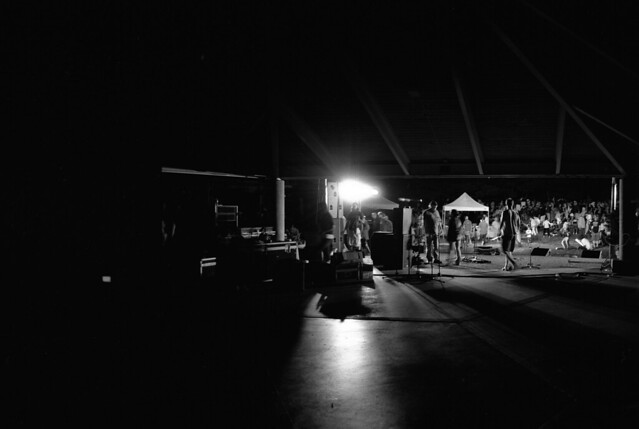 Definition of the noun Post-rock

What does Post-rock mean as a name of something?

Post-rock a.k.a. Post Rock is a small promontory 40 m high, forming the west side of the entrance to Elsehul, near the west end of South Georgia. The name appears to be first used on a 1931 British Admiralty chart.

Post-rock is a subgenre of rock music characterized by the influence and use of instruments commonly associated with rock, but using rhythms and "guitars as facilitators of timbre and textures" not traditionally found in rock. Post-rock bands are often without vocals.

Printed dictionaries and other books with definitions for Post-rock

'Post-rock is a genre of rock music characterized by the use of musical instruments commonly associated with rock music, but using rhythms, harmonies, melodies, timbre, and chord progressions that are not usually found in rock tradition.

Post-rock. Amorphous genre born of rock-crit necessity in the nineties, mainly to explain to a skeptical public that the free-form, slo-mo noodlings of such semi- smart strivers as Tortoise and Low were not lazy, unstructured cop-out jams but the ...

As with the alternative label itself, the very names of these sub-genres - such as lo-fi, slowcore, post-rock and alt. country - bore an implicit non-commercial rock stance. Likewise the US press drew attention to a number of different regional ...

Since then, such American and British popular genres as indie, post-rock, techno, and hip-hop have drawn heavily on Krautrock.

The post-rock 'n' roll era has witnessed the gradual shift away from ensemble playing of acoustic and amplified 'traditional' instruments towards studio-based styles utilizing electronic and digital instrumentation, thus allowing for performance ...

DAVE LAING Manager The managers of popular music artists have frequently played a major role in the history of the music industry, particularly in the field of post-rock 'n' roll pop music through such figures as 'Colonel' Tom Parker (Elvis ...

Online dictionaries and encyclopedias with entries for Post-rock

Video shows what post-rock means. A genre of music which uses rock instrumentation for "non-rock" purposes, often producing songs which are akin to rock ...

See also the blanagrams of Post-rock!

Go to the usage examples of Post-rock to see it in context!