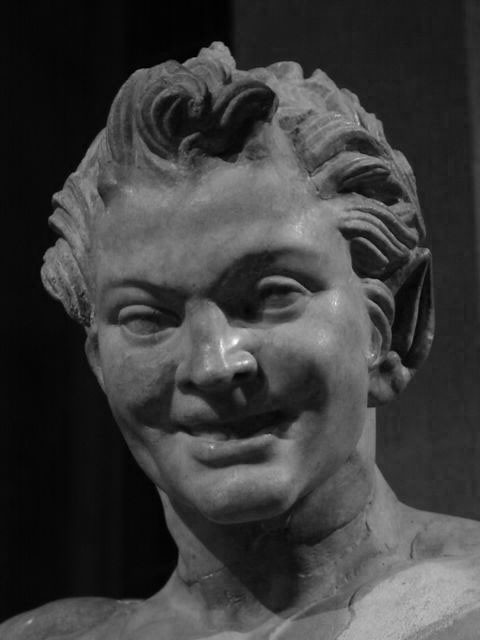 Satyre is a fictional film character.

Satyre is a musical group.

Printed dictionaries and other books with definitions for Satyre

A Satyre is a Poesy, rebuking vices sharply, not regarding any persons. There be two kinds of Satyres; the one, which was both among the Greeks and Romans, of antient time used, for the diversity of Meters much like a Comedy, saving that it ...

The Cambridge History of English Literature (1909)

Ane Pleasant Satyre is a morality play, but it is also something more.

Court and Culture in Renaissance Scotland (1994)

Sir David Lindsay of the Mount by Carol Edington

Clearly, Ane Satyre is an allegorical and not a mimetic drama, deriving its impact and strength from a lucid presentation of thematic material ...

The volume also contains the first definition of satire in English and provides a comprehensive theoretical statement: “A Satyre is a tarte and carpyng kynd of verse. / An instrument to pynche the prankes of men” (sig. A3). Four etymologies of ...

From Antiquity to the Eighteenth Century by Howard D. Weinbrot

Its English translation as A Pleasant Satyre is that as well, but also exemplifies two other kinds of Menippean satires. It regularly annotates its translation with marginal comments. In its own term, it marginifies and Menippizes its source. That is ...

Variations: Sea SATYR A creature from heraldic symbology, the chimerical satyre -fish is said to have the body of a fish, the head of a SATYR, and wings. Source: McCutcheon, Wordsworth Word Finder, ; ZellRavenheart, Wizard's Bestiary, ...

Lyndsay, David Lyndsay's long morality play Ane Pleasant Satyre of the Thrie Estaitis (1540) (Satire of the Three Estates) attacks political abuses and satirizes the practices of the church; it was so long it took an entire day to perform.

with a new Satyre in defence of Common Law and Lawyers,' appeared ...

Including the Works of Foreigners Written In, Or Translated Into the English Language by Samuel Halkett, John Laing

recalls the fourth line of the General Prologue to the Canterbury Tales that in Satyre 4. 72 above, "vertue" is (however exceptionally in the seventeenth century ) to be stressed on the second syllable. And indeed stress in words of more than one ...

The Encyclopaedia Britannica Or Dictionary of Arts, Sciences, and General Literature (1842)

Lindsay's Satyre of the thrie Estaits is a morality, containing a mixture of real and allegorical characters, and cannot...

The Oxford Encyclopedia of British Literature (2006)

Satyre III remains the best known. Its revision of Juvenal's tenth satire into an Ignatian meditation on the correct use of “all the Soules devotion” as a “cure” for the absence of “true religion” in England is one of the finest achievements of the age.

SATYRE against seperatists, or, the conviction of chamber preachers, and other schismatickes contrary to the discipline of this Protestant profession. By A. C. Generosus [Peter Hausted]. [Madan's Oxf. Books, ii. 1636.] London, 1642 Doubtfully ...

SATYRE, sł'tèR'.] The Satyrs were fabulous beings, or demi-gods, associated with the worship of Bacchus, and supposed to have been the offspring of Mercury. They were represented as having a body like a mañ, with the legs ...

Lindsay's Satyre of the thrie Estaits is a morality, containing a mixture of real and allegorical characters, and cannot therefore be expected to exhibit a succession of very probable incidents. It however exhibits some curious germs of the ...

Online dictionaries and encyclopedias with entries for Satyre

Go to the wordplay of Satyre for some fun with words!