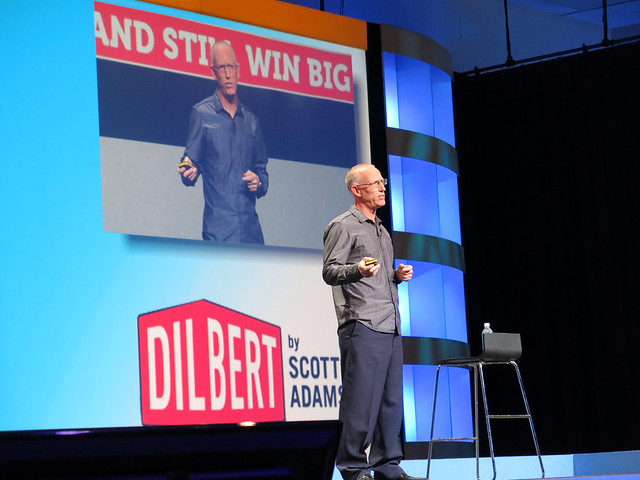 Printed dictionaries and other books with definitions for Scott Adams

The Complete Works of Mark Zweig

Scott Adams is a pretty smart guy. And our industry is like most others. If we keep doing things the same way— making the ...

Supplement to the Dictionary of American Library Biography (1990)

by Wayne A. Wiegand

Scott Adams, a descendant of the Mayflower's William Bradford, was born to Scott and Edith Fisher Adams in Agawam, Massachusetts, on November 20, 1909. Educated in the elementary and high schools of ...

The Capstone Encyclopaedia of Business (2013)

Cartoonist and sometime corporate staffer Scott Adams is the creator of the eponymous Dilbert cartoon strip. Dilbert, with its wry take on the abject tedium of much of corporate life, is now syndicated to 2000 newspapers in more than 56 ...

A Dictionary of Business and Management (2016)

—Scott Adams, Dilbert and the Way of the Weasel: A Guide to Outwitting Your Boss, Your Coworkers, and the Other Pants-Wearing Ferrets in Your Life.> 7. n. the sound of exploding ammunition. <The crackling of the flames and the “vrrp” and ...

Online dictionaries and encyclopedias with entries for Scott Adams

No matter how smart you are, you spend most of your day being an idiot. (Scott Adams)
more quotes...